, Sacrifice two creatures: Return target creature card from your graveyard to the battlefield.

Whisper, Blood Liturgist occurrence in decks from the last year Cheap and Good
by Predaking 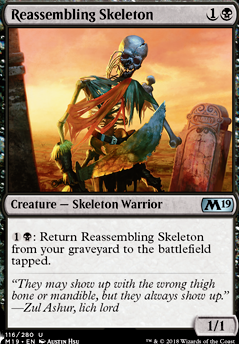 Whisper of the Cabal
by Ghalad 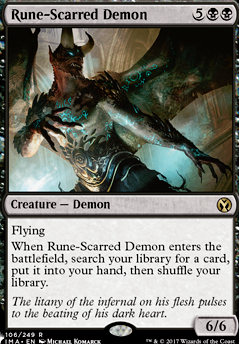 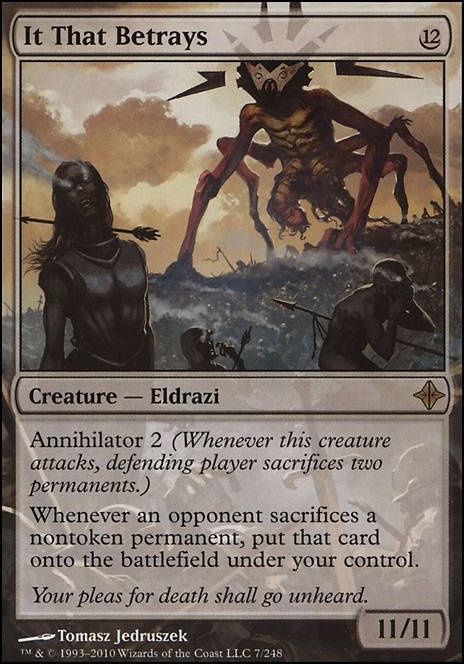 Hey jwong14 I finished the deck, I'm pretty happy with this build. I would like your thoughts on any cards I should consider for upgrading the deck. I decided Desecrated Tomb Skeletal Vampire and Mikaeus, the Unhallowed will be good upgrades down the line for token generation and undying creature buffs, but I would like to utilize Whisper, Blood Liturgist a bit more. Any advice? And thanks for all the prior input.

Also, thanks I guess because I am taking some suggestions from your decklist to add to my Teysa Karlov deck, Teysa's Cheery Sacrifice. :-)

Maybe you should include Whisper, Blood Liturgist, and Priest of Forgotten Gods as both are good sac outlets.

Rotting Regisaur is a good way to get stuff in the grave.

My Meren deck was my first good deck, so this is an upvote for me.

@hox167 - lol. You might have misread earlier.. it's not a problem though.. Whisper, Blood Liturgist can be good in some circumstance, not sure about in this deck though.. Thanks for suggesting it!

Whisper, Blood Liturgist should be better than Victimize, it's a creature as well.