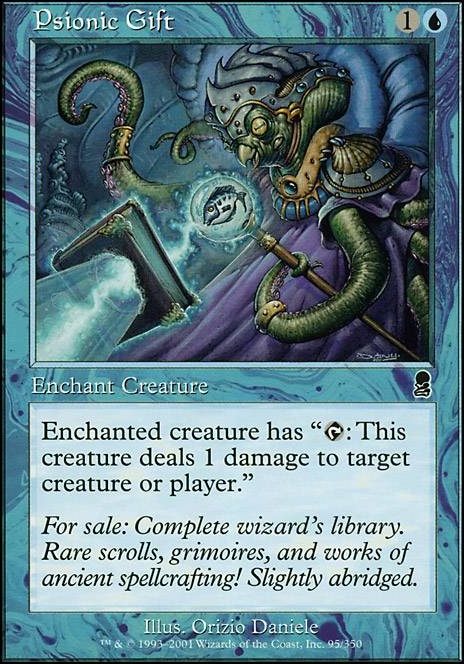 Thanks for your suggestion BarbarianSun Pope! Freed from the Real really looks like a strong card for my deck... If I understand Second Wind correctly, it might be even stronger. Is it correct that I can use it to tap my psionically gifted marsh viper and while that activity is on the stack I can activate the Psionic Gift ? So after the Psionic Gift resolves and piosons my opponent, my dear pet viper will untap again? If that works it would be the perfect combo for the Deck and I would try to work stronger around it, leaving out the other snakes (except that neat Cobra, for nostalgic reasons...) and some of the other stuff and rather stuff it with tutors and mana boost...