Undergrowth â When you cast this spell, reveal the top X cards of your library, where X is the number of creature cards in your graveyard. You may put a green permanent card with converted mana cost X or less from among them onto the battlefield. Put the rest on the bottom of your library in a random order.

Hatchery Spider occurrence in decks from the last year 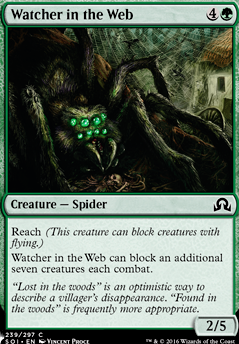 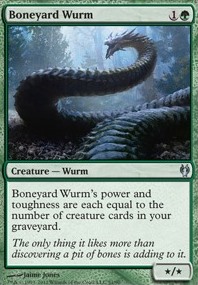 Updated: added 2x Rotwidow Pack and one Hatchery Spider to make it work with the graveyard a bit more as a lot of cards end up there with Nyx Weaver

Have you considered using other effects that benefit from creatures in your graveyard? Like Kessig Cagebreakers or Hatchery Spider ?

Also, I feel like Exoskeletal Armor and Wreath of Geists would be good here.

Ive been playing an undergrowth deck for a while now and I think i can offer some insight. Windgrace Acolyte is just too expensive for a 3\2 flier. Kraul Foragers is better in the sideboard to bring in against aggressive decks. Hatchery Spider is junk. Glowspore Shaman and Stitcher's Supplier are amazing and often enough to keep the gas going. Im on the fence about Molderhulk but hes a pretty sweet pay off for the deck espeically with memorial. Jadelight is also great but Ive been playing Charnel Troll as a 3 drop since hes easy to feed and you can get him back with Gruesome Menagerie . Hope that helps