At the beginning of each end step, enchanted player puts X cards from the top of his or her library into their graveyard, where X is the number of cards that went to their graveyard from anywhere this turn. 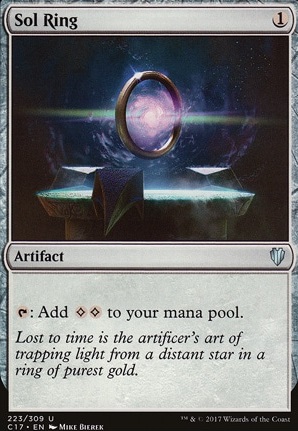 2 more copies of Glimpse the Unthinkable is to costly and Traumatize was going to be replaced with Maddening Cacophony the moment that tapped out considered it modern legal.

The plan is to by turn 3 and 4 either transmute for Fraying Sanity or play fraying sanity, allowing a draw out for the opponent after you play Traumatize.

If you don't get Traumatize, Fraying Sanity with cards like Glimpse the Unthinkable and Merfolk Secretkeeper allow an alternative win.

I have considered Breaking but after Maddening Cacophony showed up, I thought it wouldn't be worth it.

I have a non-budget restricted version of this deck, but it is private and still in development.

i'd probably replace the green cards with Fraying Sanity, Mind Sculpt, and Opt.

This is good stuff. You've pretty much got all the good mill you'd want in a deck like this. Here's a list of things I'd take out and put in and I'll explain after:

I'll try to be brief with all of this. For 1 I think Muddle is better for your deck, especially if you decide to add in Grindstone + Painter's Servant . 2 I don't think is a great source of ramp (It costs 4 mana to cast AND comes in tapped AND you aren't even guaranteed to get value out of it. It all depends on whether or not you're having a good game. You could play this turn 4, not get to use it til turn 5 since it's tapped, AND still maybe only get 1 or 2 mana out of it. Oh, and because of its high cost it's going to be a juicy target for removal. If it gets blown up you basically just skipped a turn. So much for being brief huh lol). 3 same as 2. Extraplanar Lens (not at all a budget buy I know) is killer in mono decks with snow lands, and you've already got the snows. Sapphire Medallion would just be better than 3. 4 you have enough graveyard hate. 5 you don't have impactful enough 2 cost artifacts to warrant this. Also Muddle. 6 you have enough ramp and don't need to mana fix. 7 I just feel is too targeted and might turn you into the table's bad guy if you weren't already. I'd just focus on the effects that apply to everyone or don't necessarily only apply to one player. 8 and 9 I don't feel like these are particularly necessary for winning but they're big and fun so I'd keep one and lose the other. 10 I just don't think you need. 11 some of your mills synergize with drawing and this doesn't draw. Good card, but I think for you Stroke of Genius and Blue Sun's Zenith will do you better. Additionally they can be combined with invite mana i.e. Dramatic Reversal + Isochron Scepter to mill out your opponents or mill out yourself. Crawlspace and Propaganda I feel do too much for you to pass up. I know you already have one of them in your maybeboard, but I think you need more defensive cards in your 99 so you don't get tag teamed as soon as you drop some of your more threatening toys. You know as soon as you play something like Mindcrank or Mesmeric Orb or hell even your commander, the table probably isn't going to be cool with you doing that lol. You just want to make attacking you a pain and use counters to handle the rest. Finally, Thassa's Oracle is good for self mill.

Sorry if I'm a bit all over the place, but I wrote this little by little throughout the day in between doing different things so I'd have to keep coming back and remember where I was and yeah lol. Hope I helped though. It's a cool deck and I'd hope to at least give you some ideas to work with. :^)