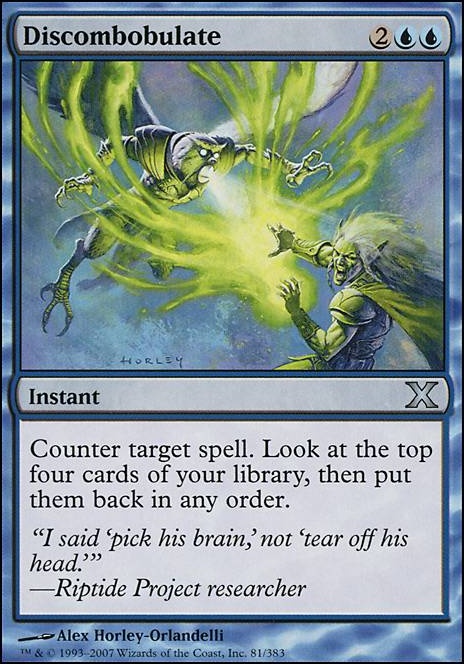 Counter target spell. Look at the top four cards of your library, then put them back in any order.

Talrand and His Minions of Flying Doom
by Ashmed

Lords of Chaos Voltron
by Olympian05

It is Forbidden
by Guhreth 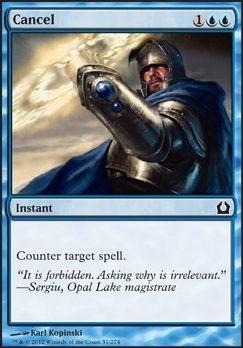 What is your favorite blue deck manipulation? I ask because I'm considering ways to take advantage of Thassa, God of the Seas scry effect. I'm thinking in the spirit of Descendant of Soramaro and Discombobulate. I can set it up so that the scry effect can be used more effectively to get rid of what I don't need, and get me swinging with monsters faster.

If you want to see the deck in question: As Cruel and Untamable as the Sea

Ok, man, this isn't going to be a funny conversation, but I'll try to help you sorting things out.

Now that we're done with the archetypes, I assume you can decide what you're acutally playing and proceed with the deckbuilding.

So, I know this is a lot of information, but if you read this with a little patience I'm sure you will understand. I'm not trying to diss your deck off, but I live with a dude who had something very similar a few years ago, and I play an Esper. control, so I believe I have some good advice for you.

I'll come with another comment about the lands soon.

Here are some initial thoughts about cuts and adds.

Discombobulate is a 4-mana counterspell. You might want something cheaper for at least 2 out of 4 of its spaces. Consider Spell Rupture or Thassa's Rebuff, which both go well with Stormtide Leviathan.

Talrand and His Minions of Flying Doom

Hi The_2ndpanda, thank you for the comment and the upvote! I have been considering both of those cards, possibly using them to replace Trail of Evidence and Discombobulate. I'm more in favour of keeping Trail of Evidence and just running Desertion, however I am planning to playtest all the options :)

Stuff to move over from Mizzix:

Other things to add:

Counters (you don't need to run all of them, but pick and choose...these and the ones you already have are excellent):