Is Ancestral Recall a good card?
by Skranbets 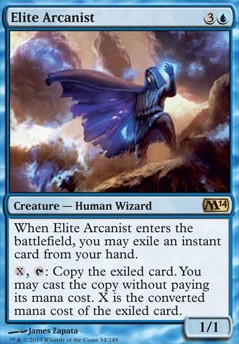 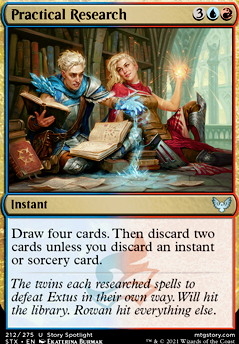 I love wheels and my friends hate me for it.

Sapphire Medallion and Ruby Medallion I think are better than some of the talismans.

Also, Psychic Corrosion is a fun, dick move card with wheels since it hits each opponent.

0rc thank you for commenting and replying on the deck. so in consideration to your Mass Polymorph and Synthetic Destiny lines of play and why i don't run them in this deck. #1 is BUDGET. the fact we don't have access to the mox's, crypts, vaults, petals and other costly fast mana we need to be blistering fast at getting the combo pieces together consistently, we are confined into shifting to a slower, grindier gameplan, relying on our control magic to draw longer games. we do not win turn 3 with this deck, but neither do our opponents. #2 is the extreme cost to cast these cards (again lack of solid ramp) means we don't typically get those cast off till later in the game and with the amount of cards we draw through recur able permanent based spells, possibility of these cards whiffing does exist. i have honestly thought about Dizzy Spell and Drift of Phantasms the dizzy spell main mode by itself is very rarely relevant so i have not included it, both cards are certainly slot-table via pilots choice. FOR THE REST OF THE SUGGESTION,many are decent options Delay especially solid i may look for a copy and then try to determine where a slot may exist. things to remeber 4 mana counters are BAD. overwhelming denial may seem to be a great card, but we are not using our counterspells for protection 99% of the time, in those instances likely we will not get to pay the surge cost for the card, as well we shy away from double blue pips in our 2 and 3 mana spells as much as possible to be able to get the mana reduction benefits from Baral, Chief of Compliance, Jace's Sanctum Helm of Awakening these cards can make so much impact on our deck allowing us to play spells like Snap Unwind and actually be mana positive. lol TCG low has me almost 5 bucks under, and i can't change the title now because the links i have posted would no longer work,. :D cheers

I've never really been unhappy to see it because it works pretty well in conjunction with all the draw spells and counters I play, though sometimes it stays in my hand because it costs a decent amount of mana. My playgroup is pretty degenerate at times, hence all the counterspells, but if your playgroup is a bit slower to the point where you don't have to keep mana up for a counterspell at all times then Jace's Sanctum would probably work wonders for you, especially with how your deck seems like it'd be able to ramp a fair bit better than mine.

Definitely gonna steal Thassa's Intervention for my deck. How has Jace's Sanctum preformed for you?

I don't play Pokemon so I'm just going to go with the original challenge of a gym. I'm making a cyle of cards based on Jace's Sanctum. This is Gideon's:

At the beginning of each upkeep, you may tap any number of creatures you control. If you do, put a +1/+1 counter on those creatures.

Whenever a creature you control enters the battlefield, you may tap it. If you do, put a +1/+1 counter on it.

, Tap an untapped creature you control: Add two mana of any one color.

Finish/Continue the cycle of places that the Gatewatch feel most at home. (This includes Ajani, Teferi, and Kaya.