Whenever you cast a noncreature spell, proliferate. (Choose any number of permanents and/or players, then give each another counter of each kind already there.)

First: This is a decklist of a deck I play exclusively on MTG Arena. As such, currently, it only includes cards that are available on MTG Arena. But I do have a list of cards in mind that I might add should I ever purchase this deck in paper. Those are in the maybeboard, but that list isn't even close to refined, so suggestions are welcome.

Now to your suggestions: Neither Empyrial Plate nor Eldrazi Conscription are instants or sorceries. Note how almost every nonland card in this deck is either an instant or sorcery, so it can take advantage of Vadrik's discount. Putting +1/+1 counters on Vadrik is mainly done with day/night transitions in the eraly game, while saving the mana during those turns for 1 mana protection spells. So, if I had 8 mana to spend on Eldrazi Conscription in the late-game, that mana would be spent better on spells that give me massive card draw / tutors / extra turns / etc. for way less mana. Combined with Flux Channeler or Wizard Class, that means Vadrik just grows to infinitely, by which point you already basically won. The trample is nice I guess, but at that point, it's not really necessary anymore.

Empyrial Plate however is interesting. I could slam it down in turn 2 or 3 (during these turns I don't do much anyways) and then use it later if I needed it. The question is whether it wouldn't be better to then just use Lightning Greaves or Swiftfoot Boots instead, since right now growth isn't really an issue. Once Vadrik has 3 or 4 power and you have a card draw in your hand, you can usually go infinite. But I'll keep Empyrial Plate in mind.

I always like winning with filibuster counters :) I'd definitely add in Dawn Charm because each of the modes could be useful given the situation. Flux Channeler can help get more counters on the Elocutors faster. I'd also run Path to Exile and drop a couple of Azor's Elocutors since multiples aren't very useful. Adding cards to scry and tutor will help find them consistently enough.

Best of luck! Filibuster wins aren't easy to come by, but they sure are fun :)

Stealth Mission and an Octavia trigger on an infect creature gives you a lethal amount of unblockable infect. Grafted Exoskeleton and an Octo trigger gets you the right power but you need to find a way to connect.

Flux Channeler is another option too to make up the last few points of infect.

Niko9 I'm kind of surprised Flux Channeler hasn't found a home yet. I wonder if it would be any good in Humans, or a janky Infect build? And I agree about the flavour of filibustering with extra turns. I love the image of Azor's Elocutors talking nonstop until my opponent gives up :)

WotanubisReturned I definitely like the idea of proliferate with filibuster counters. I might even try to make a modern deck based on that interaction. It would be too good for this concept though :)

Ha, nice. I've tried to find a home for Flux Channeler for years and never had quite the right deck. Glad if it helps : ) Though part of me really likes the flavor of filibustering for as many turns as possible, it's just very apt : ) 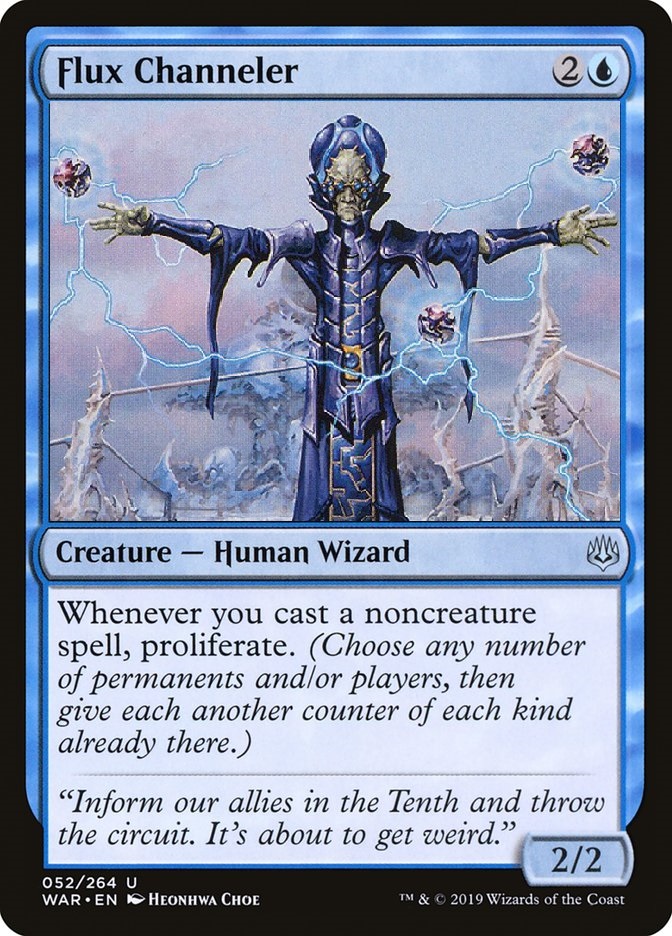