When Aria of Flame enters the battlefield, each opponent gains 10 life.

Whenever you cast an instant or sorcery spell, put a verse counter on Aria of Flame, then it deals damage equal to the number of verse counters on it to target player or planeswalker.

Elsha the Infinite
by Cloud15XV 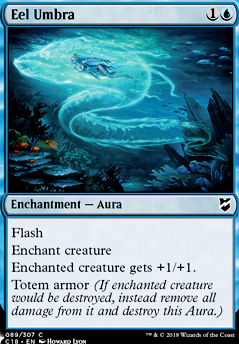 I assume you've purposely focused on Sagas and wouldn't work with the fading and verse counter permanents e.g.

Good to know! Thanks for telling me.

If you want to build a more spellslinging Boros deck, consider looking at Feather, the Redeemed or Firesong and Sunspeaker. They can both do spellslinging in different ways. Feather likes doing it with cantrips and small burn effects (Guttersnipe, Aria of Flame, etc.), whereas Firesong likes doing the big burn spells (Earthquake, Magmaquake, Fireball, etc.).

goodair on is casual Kess a thing?

Cut the consult plan and add cards like mentioned above and stuff like Aria of Flame so its more of a tempo style deck. Cards that get value from cantrips/removal or just value spells. Bonus points if you can go snow mana with Skred, Dead of Winter, Back to Basics and what ever else cares for snow basics.

Kogarashi on Aria of flame question

However, proliferate still helps by increasing the number of verse counters before the next time you cast an instant or sorcery.

Other than that, as Raging_Squiggle said, it triggers off of the casting of an instant/sorcery, and thus would go on the stack before the aforementioned spell and resolve first, so if the instant/sorcery had proliferate, it would proliferate the verse counters after Aria of Flame had already triggered and resolved.

Raging_Squiggle on Aria of flame question

Aria only triggers when you cast an instant or sorcery spell, not whenever a verse counter is put on it.

If you cast a sorcery that had proliferate as part of its effect, aria would trigger in response to the spell, resolve before it, and deal damage equal to its verse counters.

Izzet hot in here... or izzet just me?

The deck seems nice but its lacing in win cons you wont kill people with Grapeshot and maybe with Guttersnipe I think you should put in Talrand, Sky Summoner, Young Pyromancer, Docent of Perfection Â Flip, Murmuring Mystic, Chasm Skulker, Aetherflux Reservoir or Aria of Flame as you see fit. also you can replace Merfolk Looter with Jace, Vryn's Prodigy Â Flip and Goblin Electromancer with Baral, Chief of Compliance. and you really want to go crazy put in Thousand-Year Storm