When Jeleva, Nephalia's Scourge enters the battlefield, each player exiles the top X cards from his or her library, where X is the amount of mana spent to cast Jeleva.

Whenever Jeleva attacks, you may cast an instant or sorcery card exiled with it without paying its mana cost. 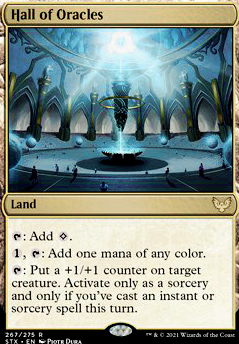 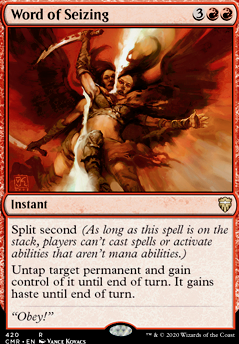 Am I missing something, or are you deliberately using a commander that has no usable ability for its colors and flavor? Wouldn't Mairsil, the Pretender or Jeleva, Nephalia's Scourge be a better commander for this deck?

Let me know if there is a way to use Mishra that I don't undertand.

Borisdarker there are two ways that we generate infinite storm Dramatic Reversal + Isochron Scepter and Senseis Top with Elsha.

Gilded Lotus, yes there are other mana rocks and if you look, we have many different ways to generate the infinite mana in the deck.

Pyretic Ritual is just that. A ritual effect. It helps us produce mana to get to our goals in storming off. Kess, Dissident Mage Yidris, Maelstrom Wielder

and Jeleva, Nephalia's Scourge all use Ritual as well to produce the mana that is needed for there storm decks to trigger the win.

Timetwister used to be in this deck, I removed it because honestly, I can't afford one. I could proxy it and etc... but its just not worth running a card i dont own since i take this deck to tournaments.

In my Marchesa deck, if I flicker Jeleva, Nephalia's Scourge, would she come back exiling 4 cards, or none? Does anyone have an answer? Thanks!