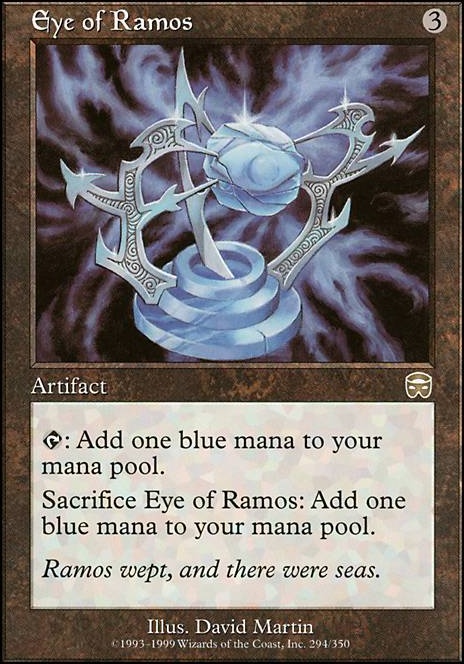 Sacrifice Eye of Ramos: Add (Blue) to your mana pool.

Ramos "In response..."
by wozislightning 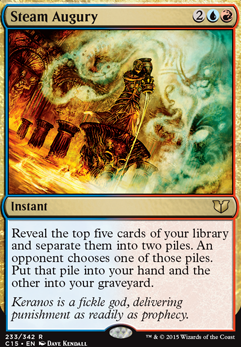 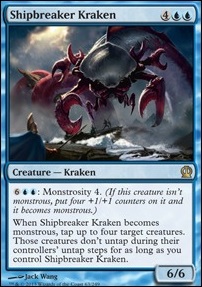 Thanks for your suggestions! I'll get looking at what I can slot in and where :D

This deck to sort of be my love-child. It's everything I love in Magic:

I'll admit, I fully intend on buying this deck and even pimping it out over time. So the suggestions really do help :D thanks!

I'm thinking you'll want to maximize on artifacts that are sacrificed in order to reap great benefit.

If you want access to some great ramp for you deck, Tooth of Ramos and Heart of Ramos will allow you to get 2 mana from them. After they are sacrificed, if Gerrard dies you get them back for free. Now I'm not sure on the technicality / legality of it, but I believe Horn of Ramos , Skull of Ramos and Eye of Ramos can also be used in your deck. Their errata text contains the mana symbols, but the physical cards do not; They list the color by name, not by identification. So I believe they are legal in all decks, regardless of colors.

Probably a few I missed but there you go.

jaymc1130 on What to replace Paradox Engine ...

@ vasarto77 Nifty tid bit about the Mystic Top combo lines: there are a number of easy ways to generate infinite mana with them after drawing the whole deck that are relatively compact and/or include other cards that can be independently useful.

After assembling the Mystic Forge, Top, Random Cost Reducer part of the engine and drawing the whole deck, for example. Elixir of Immortality + Dark Ritual + Lotus Petal generates infinite mana of any color when looping the Elixir with those cards and using the Mystic Top engine to redraw them. Provided the cost reduction card actually is Helm of Awakening the red Rituals can also manage the same loop. If you can get to artifact cost reduction totaling at least 3 then the Ramos mana rocks ( Eye of Ramos , etc) can also manage the same infinite mana loop. Any of these types of methods are usually able to begin from a very small amount of available mana or even without any mana available aside from what those pieces themselves can provide. The engine, when constructed in that type of way, also offers an easy win condition as the engine loops to generate infinite mana and draw also infinitely replenish the deck allowing infinite castings of any particular card that might be able to kill opponents, such as an unassuming Lightning Bolt .

Budget Kami of the Crescent Moon

What are your wincons? No offense, but it looks like this deck was thrown together randomly. It seems like you have too many counterspells, so getting rid of those for a Solemn Simulacrum, Gilded Lotus, Wayfarer's Bauble, Walking Atlas Expedition Map, Sol Ring, Sky Diamond, Eye of Ramos, Commander's Sphere, Darksteel Ingot, Coldsteel Heart, and other artifact ramp cards could be useful. You might need to ditch some islands for ramp, so only get rid of a few. If you put in that much ramp, you could use your commander's ability to draw everyone cards as an excuse for no one to target you, draw a ton of cards, (Spellbook and Thought Vessel will keep you from discarding) then cast an eldrazi titan Emrakul, the Promised End, Ulamog, the Infinite Gyre, Ulamog, the Ceaseless Hunger, Kozilek, Butcher of Truth, Void Winnower, Desolation Twin, or some others of your choice. Other good creatures include Darksteel Colossus and Blightsteel Colossus. You don't have to run all of them but the more you run the more consistent your deck is. You could also put in infinite mana combos such as Rings of Brighthearth and Basalt Monolith (the combo can be confusing check out Infinite Colorless Mana Turn 1 for an explanation) or Isochron Scepter imprinted with Dramatic Reversal + any combinations of mana rocks that produce a total of 3 mana.

Yea, i feel you, niv is quite hard to cast, esp. the parrun ed. is bonkers

i suggest not to put in more lands, but more on mana ramps/rocks that produce and/or , because you can only put 1 land per turn, but casting an artifact will give you more benefit in the next turn.

or even multi mana lands,

or you can go full control deck, put in alot of board control spell (board wipes), board wipes is good for your deck because you dont have many creature in play. combine with a passive card draws engine (2-3 card per turn, meaning land drop would be easier to come by).

Then if you think you have all your pieces together start putting in some pressure on the board, if not stall the game XD (negotiating and stuff)

Been testing a competitive build of Niv-Mizzet, Parun lately - Here are a few thoughts.

Personally am still unsure on what the correct build for Niv is - I could easily be wrong on most of these thoughts. The list I'm working on also needs a lot of tuning and a few expensive pieces like Candelabra and Twister.

Spectral Searchlight love this card it's great in 2-headed giant

Paradise Plume I gained so much life from this card