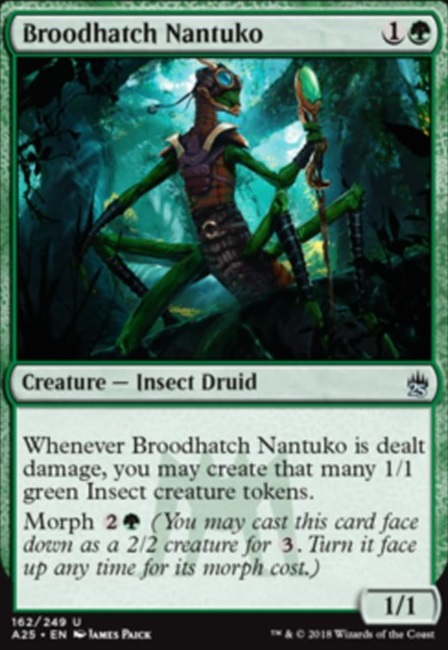 Whenever Broodhatch Nantuko is dealt damage, you may put that many 1/1 green Insect creature tokens into play. 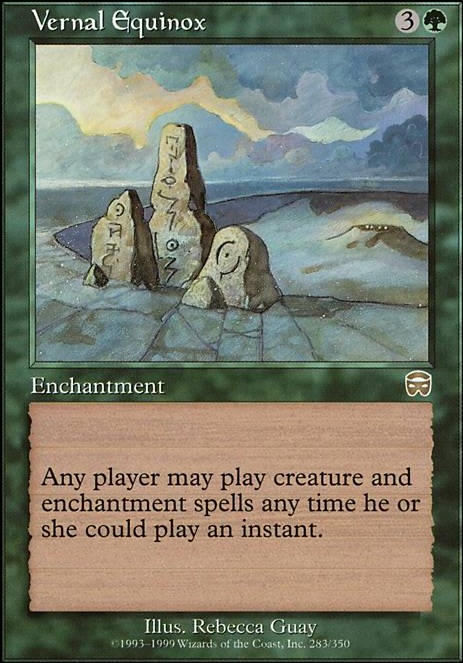 I love Grothama and power matters decks. I run a Multani-Maro Sorcerer deck myself :). Here are some tips for cards you could consider:

However, all in all it looks great! These are just some cards you could consider :).

I don't love: Broodhatch Nantuko since I don't think you ever do anything with the tokens, even if you get like 7 of them. Echo Tracer also seems pretty underpowered. Overrun also seems meh? It's a win condition, but really not a great one.

I generally feel like you could add more instants. You can play a lot on your opponents turns with morphs, so you might as well take advantage of that. Seedborn Muse also seems great for giving you more mana to unmorph. Also, I think you already talked about this in the chat, but does Mystic Forge work with morphs? It's pretty cool if it does. You've got a lot of triggered abilities, so maybe Strionic Resonator Also, no Sol Ring ?

Bringing an Army to a Duel

After looking at you combat trick section, I would vote for replacing Krosan Vorine with Lowland Tracker . It does cost 1 more mana, but it has first strike. You pair that with Bow of Nylea , Basilisk Collar , or Gorgon Flail (other strong inclusions in a deck with Mirri) and now the Tracker is just straight removal.

Also, some other fun cards with Lure effects are Druid's Call , Saber Ants , and Broodhatch Nantuko .

Shamanic Revelation can be pretty potent card draw in a token deck as well. Yes you need a board state to get anything, but it has pretty high upside.