Whenever you play a Druid spell, you may draw a card.

Gilt-Leaf Archdruid occurrence in decks from the last year 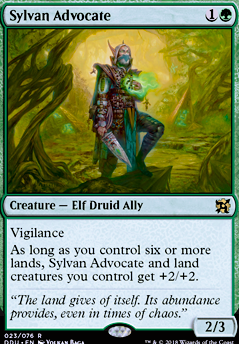 The Future Is Green: Value, Stompy, Control
by Galacticus 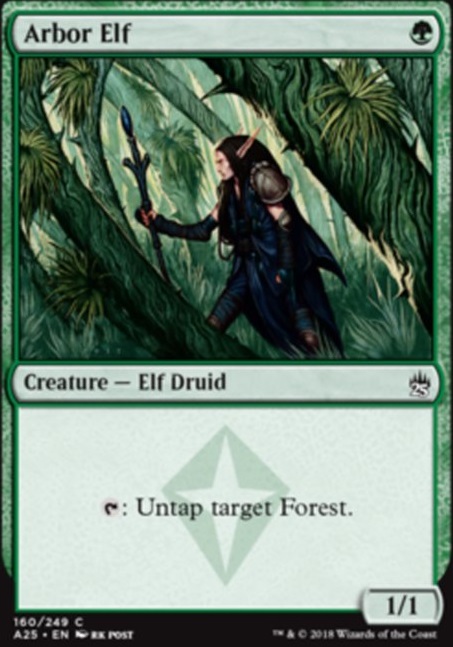 Tales to be Told

matttrenk First of all! Thanks a lot, it is more of a jank build because of the Tribal theme, but here it is how you combo off: Aluren + Intruder Alarm + Chulane, Teller of Tales + Any 1-3 drop that you can bounce off, you bounce it with Chulane and recast for free, wich will untap Chulane, and you will draw your whole deck and get all the land drops, then: win via Jace or Lab Maniac.

My personal favorite: Gilt-Leaf Archdruid and the one from above: Steal all the lands.

jetnerd on Help with Elf (EDH)

Hello everyone, I am looking for help with my deck:

By way of short explanation, I enjoy the ability of Gilt-Leaf Archdruid and want to see it happen as much as possible, so I built this deck. However, I understand that a deck needs more than one ability to revolve around and therefore am asking for advice from our veteran community!

I'm fairly new to deckbuilding and not familiar with the vast arsenal of possibilities this game offers.

Specifically I am looking for answers to a few questions: 1. How can I make improvements without buying a bunch of $40 or similarly expensive cards to do so? 2. What are some good options for artifact removal and responses to board control (counterspells, limiting effects, etc.) 3. Are there any druids I am missing that would be a crime to leave out of an elvish druid deck? 4. Are there any maybeboard cards I should prioritize acquiring? 5. How can I improve my mana ramping from here? 6. Is there any advice that I haven't asked for that you feel would improve this deck greatly (please share if so!)

Joker207755 this is my prototype helix pennacle deck. It is actually a very fun build, not finished yet but this is my first look. Decided to run it with druids this time (aside from nettle sentinel) for the Gilt-Leaf Archdruid as his finisher makes pennacle easier and harder to counter.

lagotripha on Replacement for Hydroid Krasis

Standard doesn't have a 'straight swap' for Hydroid Krasis, which is why its so expensive. It also looks fairly unique in modern, which is why you should keep an eye on it when the set rotates.

Cards like Fathom Mage , Beck , Elvish Visionary Gilt-Leaf Archdruid , Inspiring Call Kiora, the Crashing Wave Life from the Loam engines etc etc all could have a place, the question is exactly what you'd want to build in modern to meet your local metagame.