Whenever a player casts a spell, put a +1/+1 counter on Managorger Hydra.

Managorger Hydra occurrence in decks from the last year 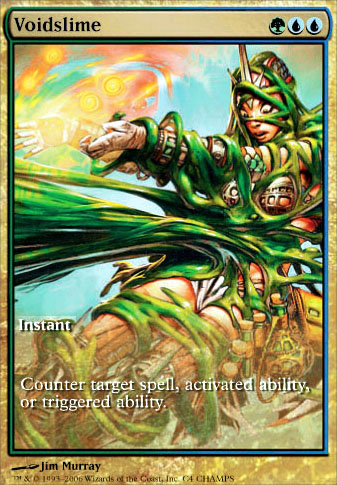 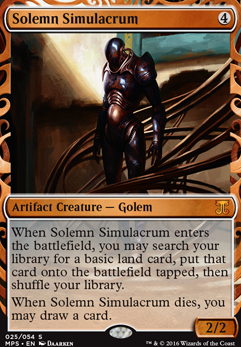 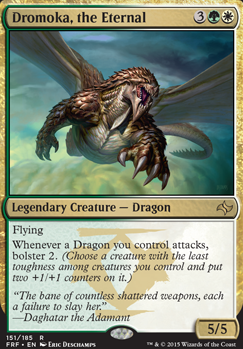 Panharmonicon works with some of the hydras, the ones that have triggered effects. Managorger Hydra for example already triggers once every time any player casts any spell. With Panharmonicon in play, any of those spells that are creatures or artifacts will trigger twice. Forgotten Ancient works the same way, though it is not a Hydra.

I Kept Panharmonicon mostly for Animar, Soul of Elements, but itâs also great for Gyre Sage, Selvala, Heart of the Wilds,

Hydra Broodmaster compliments Panharmonicon as well. It doesnât have a triggered effect, but when it goes Monstrous it will set off the trigger for Gyre Sage x2 times! Imagine the size of the Hydras youâll be able to cast with that much mana from your now ginormous Gyre Sage! Granted the Sage has to have lower power than the created tokens, so this three card combo is not going to occur frequently.

Besides creatures, there are other cards that have great synergy with Panharmonicon: The Great Henge and Kiora, Behemoth Beckoner each trigger twice for two cards drawn instead of one. Warstorm Surge and Unbound Flourishing triggering twice are game winners!

I added Inexorable Tide (gotta love doubling that proliferation) but I also removed two cards that work well with Panharmonicon: Rhystic Study would trigger twice, but Iâm not a huge fan of taxing my opponents unless Iâm playing Control (one permanent in 100 card deck isnât enough for taxing to work imo) and Zendikar Resurgent which I debated long and hard about. In the end I took it out to make room for Inexorable Tide but perhaps thereâs room for both?

I love deck building, especially the fine tuning aspect. I welcome more dialogue about this, or any other deck. Hope to hear more from you soon!

hejtmane on Herald of Secret Streams or ...

Depends on your deck but when I drop Herald I always become target number one in my proliferate deck. I was running atrax but switched to bant proliferate to be different. Anyways I am not sure about the rest of your deck but when I drop creatures like Kalonian Hydra and Jenara, Asura of War Managorger HydraPrimordial Hydra hearld is 500 ties better than Abzan. Really comes down to deck but I prefer herald

Karametra, God of Harvests is a good addition to this deck. You should perhaps also consider one of the Nylea cards as well. Managorger Hydra, Polukranos, World Eater are two worthy considerations; Greek mythology plus Renata's counter ability. Archon of Sun's Grace should also be in this deck. Daxos, Blessed by the Sun works well with your tokens. Season of Growth may also be of use to you. Destiny Spinner should also be considered. The First Iroan Games may also be worthy to consider. Sol Ring is a must in Commander (unfortunately). Setessan Champion is must. Bronzehide Lion is a creature and eventually an Aura. Staggering Insight is useful here too.

Hope this helps! You're welcome to check out some of my decks too. I do need some help with Cthulu Mythos and Keep Out of my Castle.

Ok so as for as creature go you are looking good, I would definitely consider adding both Managorger Hydra and Steelbane Hydra, As Managorger Hydra is a good early game creature that can get big quick in multiplayer and Steelbane Hydra gives you great removal. The only other thing I can see is a lack of card draw, I would consider adding Colossal Majesty and/or Elemental Bond. Return of the Wildspeaker could be another great way to refill your hand. Other that that the deck looks good

This looks a bit like my old +1/+1 counter deck, and while I will say that GW is probably better colors... I see where you're coming from here. No matter what, though, you need to do some tinkering with your mana base. Less islands, more duals. Unfortunately, the tried-and-true Thornwood Falls would serve only to make this slow deck slower, and enemy duals are in short supply in pioneer. Try Temple of Mystery - it should be something you can find for an all-right price these days, and scrying is nice. Having so many islands and so comparatively few blue spells is... good in moderation. 9:7 forests:islands for a 19:4 mana symbol ratio (nearly 5:1!!) is absurd. You should be running 4 or 5 islands, at most- or all of your blue mana should come from duals.

With that out of the way, suggestions!

Avatar of the Resolute is a big ol' meat stick that can swing in for heaps of damage.

Barkhide Troll is a resilient threat that basically has Schrodinger's Hexproof as long as you leave up 1 mana.

Benthic Biomancer could be good for the curve and the lacking card draw.

If you're in a slow meta that will allow you to make a turn 3 play like this, Bred for the Hunt draws an assload of cards.

Chasm Skulker just gets huge and is resistant, somewhat, to removal.

Managorger Hydra is a finisher for 3 mana. It'll make your opponents think twice before doing anything.

Ordeal of Thassa and Ordeal of Nylea are important spells that also put counters on creatures.

Pollenbright Druid and Evolution Sage can get you proliferating all over the place!

Tuskguard Captain and Zegana, Utopian Speaker are both good finishers.

Wildborn Preserver is an excellent mana sink if the game goes long.

Consider some of those suggestions.