Whenever one or more creatures attack, Lightmine Field deals damage to each of those creatures equal to the number of attacking creatures.

Lightmine Field occurrence in decks from the last year 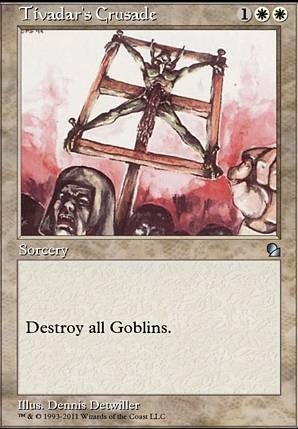 Kogarashi on lightmine field + Launch the ...

Considering you said you control both Lightmine Field and Launch the Fleet , however, you do get to choose the order in which the abilities go on the stack, since they go on the stack at the same time due to triggering from the same event (your creatures attacking). This means the order you choose determines what happens.

As mentioned, if Lightmine Field resolves first, the only attacking creatures on the battlefield are your initial two soldiers. They each take 2 damage, and then the two new soldiers are created tapped and attacking.

Either way, you will end with two soldier tokens (the newer ones), unless you have some way to bolster the toughness of the initial two. How much you will have to bolster them is determined by the order you have the abilities resolve.

Boza on lightmine field + Launch the ...

You cannot change the order of Lightmine Field 's ability and Launch the Fleet 's delayed triggered ability resolving. They are triggered by the same event, declaring attackers, so they will trigger at the same time and be put on the stack in APNAP order - active player, non-active player - meaning that the non-active player's (the defender) ability will resolve first, dealing 2 damage to the original 2 creatures. Afterwards, the LTF ability resolves and put those two tokens into play attacking.

Now, in order to examine the other part of the question - how much damage is dealt if you somehow re-order those abilities, lets imagine these abilities resolved in the opposite order. Lightmine Field 's Gatherer entry has an answer:

So if those two abilities resolved in a different order, 4 damage would be dealt to all creatures declared as attackers, which is the 2 original soldiers, but the ones put on the battlefield attacking would be spared.

If I have Lightmine Field out and I cast Launch the Fleet on two 1/1 soldier tokens who then attack, summoning 2 more 1/1 soldiers tapped and attacking.

1: Will Lightmine Field do 4 damage or just 2? Or does it depend on the order I let them resolve?

You have TONS of creature removal but I only count 3 spells that can remove artifacts or enchantments. I suggest adding a card like Return to Dust or Crush Contraband as the best instant speed options with 2 for 1 capability. Aura of Silence is agreat tax effect that pulls double duty as removal as well.

Ad Naseum seems like a really risky card in here since you have quite a few higher CmC cards. It usually is better in a deck where the average CmC is ~2 so the life loss is mitigated and you are more likely to get a full grip from the spell. I know with Angel's Grace you can draw your deck but you don't have any ways to secure your infinite Dualcaster Mages from finishing the job. Maybe include a card like Silence or Grand Abolisher to make sure your combo goes off without a hitch.

With a decent instant package maybe you should consider Isochron Scepter . Stick a Swords to Plowshares or Silence or Despark under there and have repeatable interaction. Silence is exceptionally nasty.

If you're on the hunt for even more creature repellant I suggest Lightmine Field . It really only backfires when an opponent swings while they have an Iroas, God of Victory or Vigor out.