You may choose not to untap Coffin Queen during your untap step.

, : Put target creature card from a graveyard into play under your control. When Coffin Queen becomes untapped or you lose control of Coffin Queen, exile that creature.

Chainer and Things.
by Asgeren

You lost your Pocket

I can't really decide if you've got enough Evasives so I'll leave it up to you, but I run Strixhaven Stadium without a great deal of them as a closer. I feel like the potential to end a player if you can sneak in with a bunch of weenies is pretty reasonable upside on a mana rock.

Mesmeric Orb is a pretty good way to mill a ton of cards potentially, which should hurt other people more than you. Court of Cunning synergizes with the evasive Rogues you have while also potentially milling people a bunch. Also, if you're going to Mill people a lot, maybe Coffin Queen? Free bodies that you can afford to throw away every turn might work.

I could be wrong, but with this many relatively small creatures, would War Tax or Propaganda fit? War Tax is probably the stronger card, since you can use it on anyone's turn to just stop attacking if they won't agree to your terms, it's very easy to make it impractical to swing for most decks. Propaganda has a higher floor I'd say, but a much lower ceiling is my issue, it does one thing very well, War Tax can protect anyone, or hinder any deck reliant on attacking.

Thanks for that advice Niko9, that's a good way of thinking about it! I hadn't seen Coffin Queen before either that's a great addition. And yeah I'm expecting her to change it as time goes on and gets to know the deck better, but we've all got to start somewhere!

Also thanks to the other three advice, I think maybe I should have made it clearer that she has specifically asked me to build a deck for her. She'll be building her own decks too, but has asked for this as well. The theme and general strategy was decided by her, but since she doesn't know what mechanics actually reflect this.

Looks like a really fun and flavorful deck. And I mean, power level is always relative, so it may not need to push into control too much. It's the kind of thing that might get people to dust off some fun decks, and as long as they aren't getting beat up every game, your partner will find what they like as far as play and can make the deck their own.

My only suggestions would be adding aristocrats pay offs rather than control, just because a new player can get excited when they see synergy happen in game. When your Yawgmoth, Thran Physician sacs a creature (he's so a dude witch!) and then you piggyback a Tragic Slip and gain loyalty on Lolth, Spider Queen and then reanimate with Coffin Queen then sac that to Yawgmoth and kill something with a second -1/-1...I don't know, maybe it's just me, but I feel like that's the kind of stuff that gets new players to really love the game.

Everything looks great, and the flavor is oooon point : ) This is just like, if I had to make a suggestion, it would be to make it more splashy just to make games exciting for a new player.

How often are you forced to hit your own bit stuff with Big Game Hunter?

I would highly recommend Coffin Queen in this type of deck, even just to reanimate your own creatures that have died. Being able to snipe and exile opponent's value creatures is great, my favorite trick I learned was responding to an opponent's Eldrazi Titan's shuffle trigger to snip their Ulamog. First time I slotted her in I won by reanimating my own Dualcaster Mage at the right moment to mess up my opponent's combat plan and survived to my next turn.

Oh this? This is beautiful.

Reading through your decklist was a massive nostalgia trip. Canât even remember the last time Iâve seen a Devouring Strossus or Spirit of the Night. Thanks for reminding me of the good ole days. Itâs so easy to get swept up in the new that I frequently forget what makes the game so memorable.

Not to mention, you definitely reminded me of how much Iâve missed playing Coffin Queen. 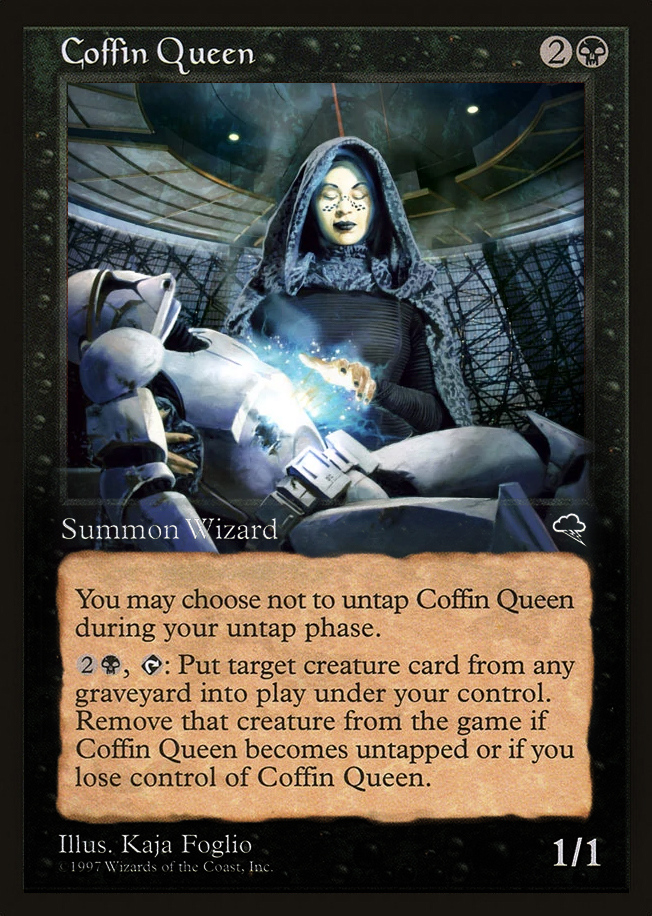 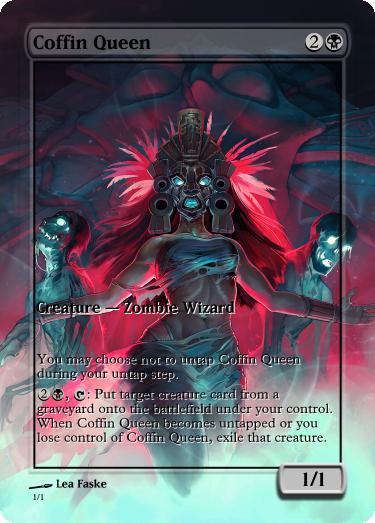 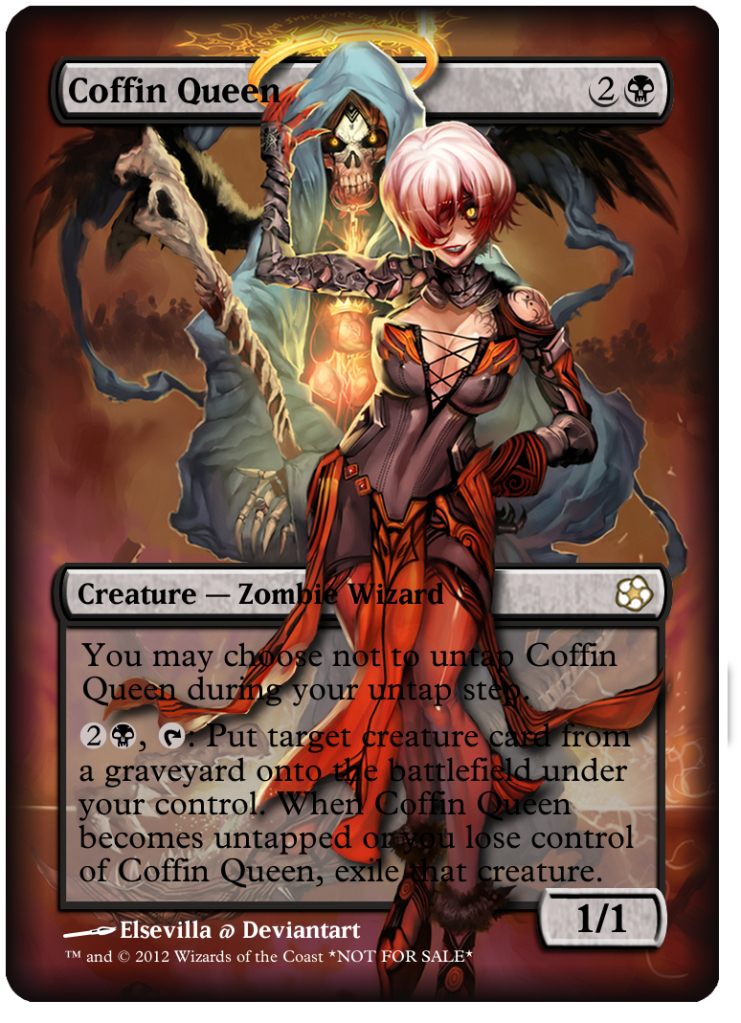 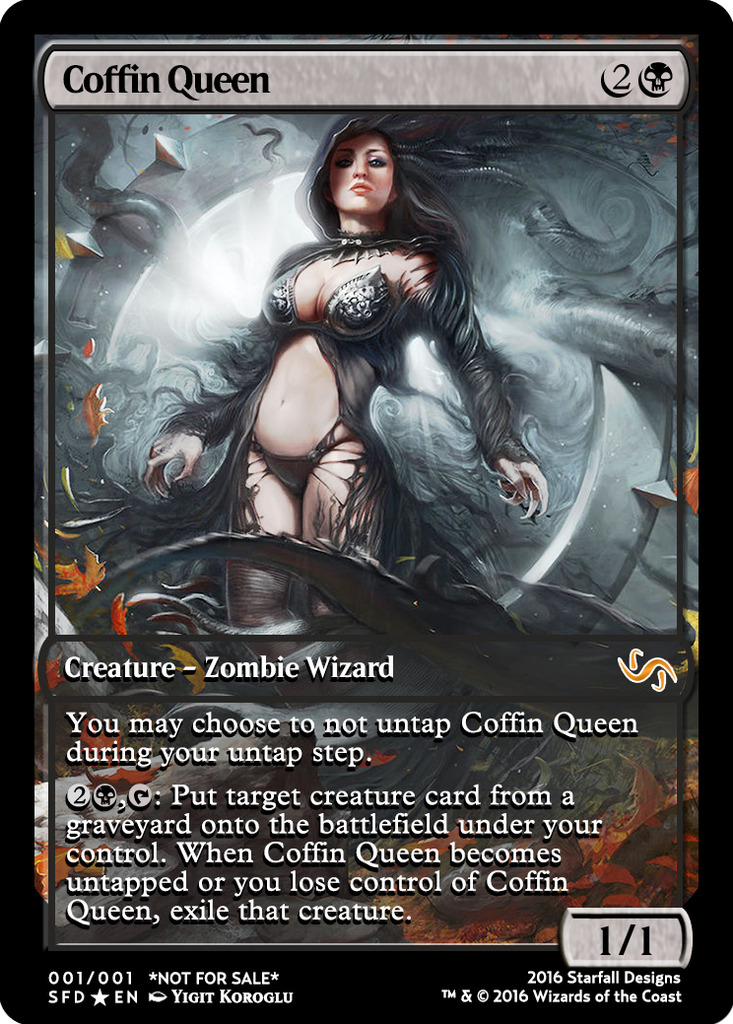 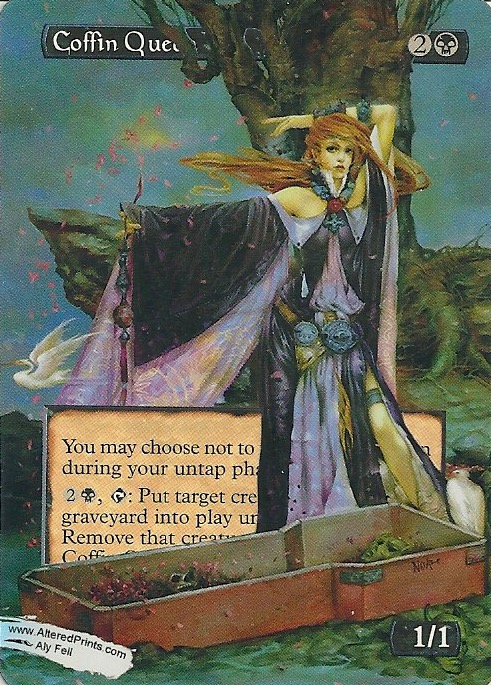 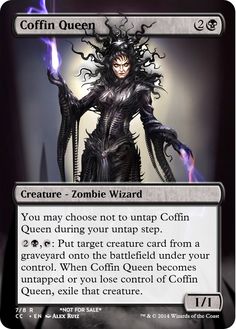 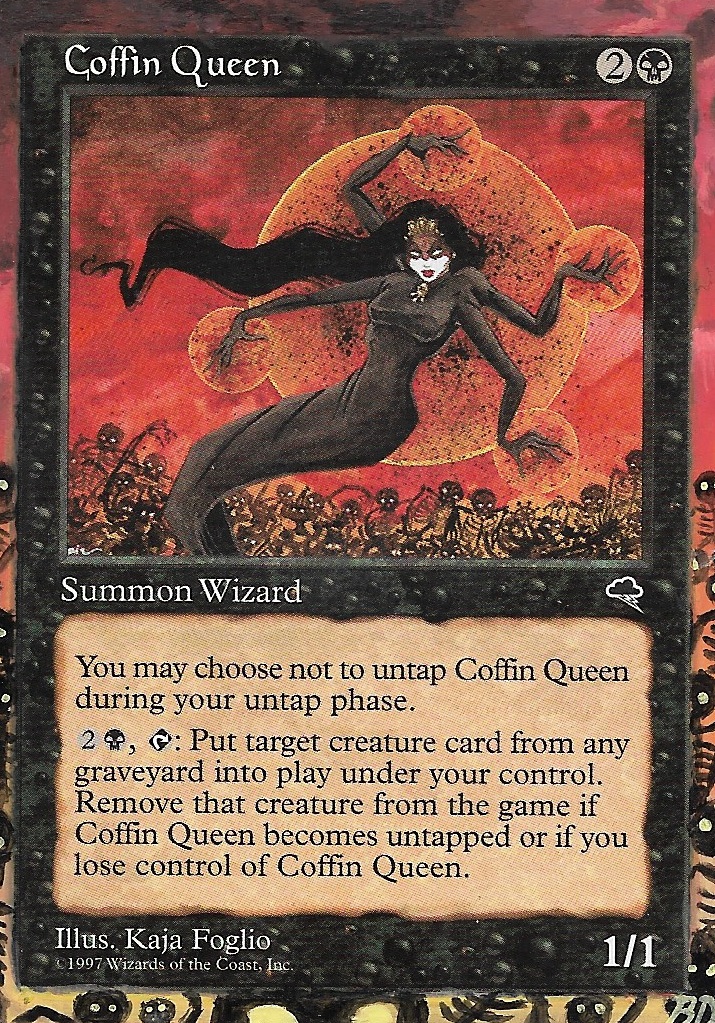