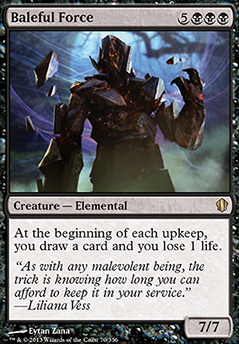 At the beginning of each upkeep, you draw a card and you lose 1 life. 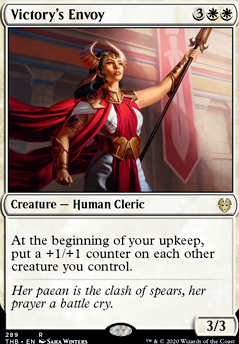 Have you ever though about cutting Baleful Force? 8 mana is rough in a CEDH environment.

@Ironheart78 - those are good creatures for constant card draw! the Baleful Force and Indulgent Tormentor are the ones i'll most likely to include.. probably the Yavimaya Elder as well.. Thanks for the suggestions!

Baleful Force is much better than Phyrexian Arena but on a creature.