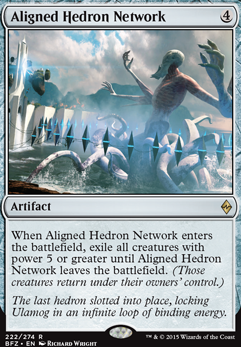 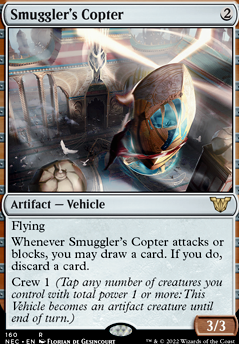 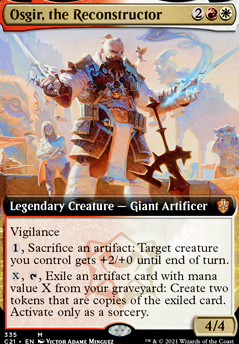 Anger of the Gods is a good card against mono b Aggro, but will be a problem with the miner, because it canât be recurred with ojutais command. Maybe one in the sideboard instead of Aligned Hedron Network and one Sweltering Suns in the main deck, because cycling is also nice in case it is a dead card

Aligned Hedron Network would skip most of your creatures and wipe out a lot of decks. Gravitational Shift is defense and offense.

Iâve got a Phenax mill deck loaded with walls, and got a lot of mileage out of Aligned Hedron Network .

@xJonahSlayerx: Yeah, card draw and removal are definitely key. For card advantage, Apex of Power, Dark-Dweller Oracle, Mind's Eye, Outpost Siege, Reforge the Soul and Skullclamp. For removal, I'm running Aligned Hedron Network, Blasphemous Act, Burn at the Stake, By Force, Goblin Bombardment and Vandalblast among others. Try sorting the deck by custom categories to see everything I have under Card Advantage and Removal.

@Neth: Hmmm, trade life for ? Yeah, I could see adding Treasonous Ogre. I'll have to pick one up.

@Shinkusenshi: I used to run Goblinslide in the early days of this deck. I really liked the idea of Goblinslide, but found in practice it added too little value compared to other cards that could take that card slot in the deck.

@iwhaleme: There's only 1 copy of Pia and Kiran Nalaar. I had the deck set to sort by custom categories, so it was showing that Pia and Kiran serve multiple roles in the deck, both generating tokens and dealing damage. I've changed the default sorting back to Type for clarity that cards aren't actually in there multiple times.

@SirFowler: Altar of the Brood's not a bad idea, I just have trouble thinking of what I'd cut to make room for it. I'll keep in in mind next time I find something to cut.