During each of your turns, you may play up to one permanent card of each permanent type from your graveyard. (If a card has multiple permanent types, choose one as you play it.) 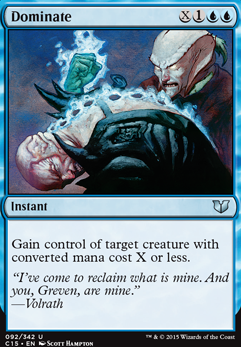 War in the Stars
by JRaynor

I have a Muldrotha, the Gravetide deck here if you're interested to see an idea like yours made without white.. maybe get some ideas. I've gotten a few from your deck. Karn's Bastion is a decent land worth checking out for deck. Aetherborn Marauder is fun.

My brother has a gates golos deck and it is really quite good. Don't overlook Yarok, the Desecrated and Panharmonicon. Muldrotha, the Gravetide is also very strong here, even if its only being used to recast golos or a few key cards.

I had something today.. Literally the first game I've played since the initial lockdowns..

Players 1 & 2 were both getting mana screwed, whereas player 3 & I were having the opposite problem of getting mana flooded..

I play a Coldsteel Heart turn 2, my Commander turn 4. By turn 6, hardly anything has happened, so I tap out to play Morality Shift, and explain that there's 26 creatures still in my Library, two of which were OG Eldrazi Titans, therefore Syr Konrad, the Grim was going to burn everyone for 52 damage.. GG..

Simultaneously one of the most out-of-nowhere explosive AND anticlimactic wins I ever got.. But hey, I got 4 packs for a $5 buy-in, and one of my pulls was a Extended art Ugin, the Spirit Dragon!

I've played a lot of 60-card constructed magic but have little background in commander.

I am developing a mono-white commander deck and have been pleased about how it plays. I am considering adding a Sword of Body and Mind.

What gives me pause with this particular sword is the "mill 10" part of the damage trigger. For each of the other Swords, the abilities are largely beneficial (except, I guess, in rare instances, Sword of Feast and Famine's discard trigger could theoretically set up some reanimation shenanigans). Yet the mill portion of the damage trigger seems to be a distinct disadvantage because many better decks utilize the graveyard as a resource and milling out a 99 card deck is unlikely.

Some commanders especially focus on using the graveyard as a resource, such as Muldrotha, the Gravetide, Karador, Ghost Chieftan, and Alesha, Who Smiles at Death. I imagine "mill 10" is quite a gift to these players.

For those of you who run Sword of Body and Mind in a higher-tier casual (i.e. non-cEDH) deck, how much has this been an issue for you?

Lands suggested from the crowd: Mosswort Bridge is a land in green stompy thats usually worth entering the battlefield tapped

Blighted Woodland is acceleration when you're leaving up protection. Myriad Landscape works the same, but the ability is cheaper. It does enter tapped though...

Bonders' Enclave works fine when your commander is 4 power

Ghost Quarter, Tectonic Edge (and less budget, Strip Mine or Wasteland) are things you need in commander, there's too many of Cabal Coffers and Itlimoc, Cradle of the Sun (also not bad in your deck btw) in the format to skip on land destruction, and lands that destroy lands are the most efficient at that.

Scavenger Grounds thwarts your Regrowth a little, but it thwarts most black and green commanders a lot more: take Meren of Clan Nel Toth, or Muldrotha, the Gravetide, they're pretty devastated when you uncounterably remove most of their resources from the game. There's enough caring about the graveyard to at least consider this, if you're not heavily using it yourself.

Nykthos, Shrine to Nyx is amazing in most monocolored decks, but a little on the $$ side.

Rogue's Passage is a scary prescence when Voltron is your plan, even when you have the deathtouch as a deterrent.