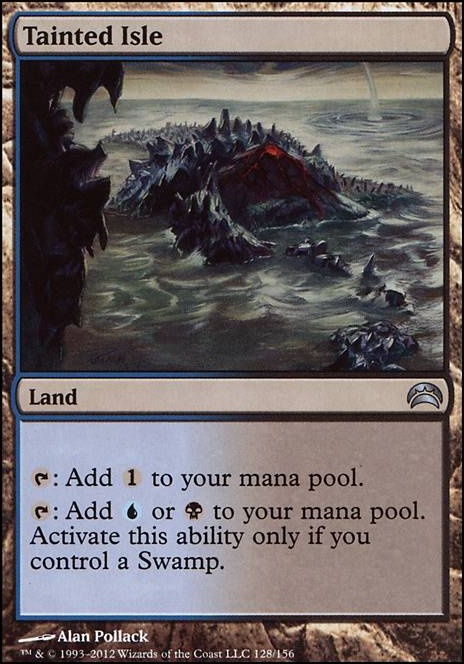 : Add or to your mana pool. Play this ability only if you control a Swamp.

Tainted Isle occurrence in decks from the last year

Also you can add Tainted Isle and Tainted Wood if you need any more untapped multicolored lands!

Wow, lots of good card here. It's not every day I see a Candelabra of Tawnos :)

I don't think you're taking enough advantage of having a sac outlet in the Command Zone. Grimgrin's no mana cost sac is his strongest ability.

These Zombies give you value when another Zombie dies, when one is saced by Grimgrin.

Black is too important of the color to have in the early game because the majority of Zombies are black not blue. 10x Island is a lot I suggest cutting lots of Islands and replacing them with other playable Dimir dual lands.

Hey, well done making this deck with the budget that you have.

Can add all these card for about $26.