As Palace Siege enters the battlefeild, choose Khans or Dragons.

Palace Siege occurrence in decks from the last year 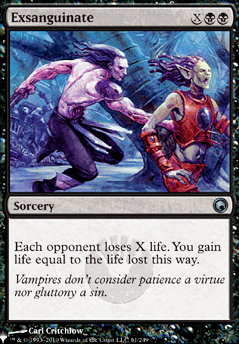 Little Carnival of Horrors
by hxcrunner89

Collective Brutality is one of the best and versatile early creature interactions in pioneer, but you could also use Seal Away as spot removal. The only cards I would consider replacing with those are Palace Siege and Crackling Doom.

The Punk Rocker And Her Goodest Boy

I have a deck that specializes in creatures with Modular. If you went full on artifact you could mess around with stuff like that and Skeleton Shard et al.

Here is some stuffs I think would fit great with your deck:

Dragonss---> Lathliss, Dragon Queen: Great for extra dragons. Nesting Dragon: Fantastic for adding board presence after a wrath. Intet, the Dreamer: Fun, big dragon that can get you fun, cheap dragons. Ojutai, Soul of Winter: Mean, but can get you leagues ahead after a few swings. Ramos, Dragon Engine

: A bit pricey, but is an all-around great card. Morophon, the Boundless: Four mana Ur-Dragon ain't no joke.

Extras---> Palace Siege and Monastery Siege: These sieges can give you ridiculous value if left unchecked, also monastery siege is great when facing control strats. Fist of Suns: If you get this out with Morophon you can cast any dragon for free, also just a great card. Last one, Sarkhan the Masterless: Amazing defense card, who would dare swing into the might of dragons.

Oversold Cemetery might prove rather useful, doing damage for pulling a useful creature back to your hand from your graveyard to either reuse or recycle. Palace Siege offers a similar effect.

Gray Merchant of Asphodel + Phyrexian Reclamation to keep recurring Gray can be another budget win condition. Yawgmoth can be an enabler for Gray + Reclamation because he can keep sacing Gray. Gray is a very good budget card for mono black in multiplayer Commander where you'll have many opponents. Reclamation's repeatable recursion can be helpful with the strategy of sacing creatures and can recur at instant speed. Gray and Reclamation could replace Cordial Vampire and Palace Siege.

Skirsdag High Priest is an underrated budget card in multiplayer Commander. Repeatable morbid can give you a lot of value, good with token strategies. Tap 1/1 tokens to make 5/5 flying beaters. Yawgmoth can be an enabler to activate morbid at instant speed. The nice thing about morbid in multiplayer Commander is it can be activated when any creature dies which includes an opponents creature on any turn. Priest could replace Manakin.

Dark Ritual is a staple card for black. Plaguecrafter is excellent in multiplayer Commander. With 30x Swamps Mutilate has great scalability. Victimize is powerful budget reanimation. These cards could replace Vona's Hunger, Thaumatic Compass  Flip, Songs of the Damned, Never/Return.

Everflowing Chalice and Prismatic Lens could replace Corrupted Grafstone and Manalith. You don't need all mana rocks to make black mana since you have 30x Swamps. Black mana shouldn't be a problem, mana rocks just need to make mana for ramp and that mana is fine as colorless. Chalice can be proliferated which is a big bonus.