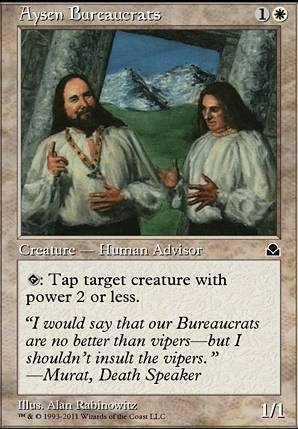 Because Arbiter is an increase, Void Mirror will not counter it.

Relevant ruling on Prismatic Ending: "If there are any alternative or additional costs to cast a spell with a converge ability, the colors of mana spent to pay those costs will count. (2021-06-18)

The notable text here is "If there are any alternative or additional costs to cast a spell...the colors of mana spent to pay those costs will count".

It's worth nothing that an effect like Mana Tithe is not an additional cost, as the mana paid here goes towards the counterspell tax and not the cast spell, and so paying colored mana does not matter.

as for mana curveSyr Konrad, the Grim,Thieving Amalgam, & Dreadhound are my high cmc's everything else out side of whats listed are 3 or less

wallisface - I do not know if there is a way to upvote you but you recently gave comments on another of my decks (For Honor and Glory!!!) so thank you again for your thoughts! It really is helpful!

Your first point is definitely spot on that when the deck loses, it is mostly due to slow, cumbersome hands. I will take a look at the mana curve and see if I can get some lower cost cards in there. In regard to ramp, I do not have a nice ramping cat like Knight of the White Orchid like I did with For Honor and Glory!!!, so I am guessing I will have to add in some sorcery cards for that if I want to add in some ramping. Any in particular you find more useful that others?

My land count used to be 24 for this deck in earlier versions but I actually removed some based on what some mana calculators I found said was recommended based on the total mana count and each CMC of the cards in the deck. I will say shaving it down to 21 lands helps get in some extra stuff but it does feel like it is hard to get out the 4+ cmc at times...I will look into getting at least 23 lands back in.

Again, you are not wrong. The only stuff I have to mess with an opponent are Feline Sovereign's ability to remove artifacts/enchantments if I can do damage to a player mixed with Path to Exile and Reciprocate for removal and sometimes I can drop a timely Mana Tithe and ruin a turn for my opponent. Heroic Intervention is in place to help deal with disrupting removal/damage but that is all I currently got. Since this deck was mainly focused on creatures, I did not really think of trying to throw the opponent off. Any recommendations for ideas?

wallisface on How long do you have â¦

Profet93 there are lots of ways to ensure you get time to respond to something without making it obvious to your opponent. The easiest approach is to pick up and read the card they played - itâs not often someone would be so rude as to keep resolving their stuff when youâre apparently trying to understand its effects. And that should provide plenty of time to decide whether to use that Mana Tithe or not.

^ obviously the above no longer works after game 1, or when your opponent casts their 3rd copy of a card, but by this stage they should already be aware your deck has interaction, as youâve likely played something interactive by this stage

Ghostly Prison and Mana Tithe might work well here, and would certainly fit your theme. The prison in particular might be a good place to hold that kidnapped Princess.

I love Tibalt's Trickery and the concept of red getting Chaos Warp-style counterspells.

In my opinion, Counterspells should be Blue Primary, White Secondary, and Red Tertiary, with Blue being hard, if conditional or have other stuff going on Arcane Denial, white being tax-based, and Red being replacement style.

To be clear, I think Lapse of Certainty should be blue Memory Lapse, not white, and Mana Leak should be heavily reprinted white counterspell. Mana Tithe is excellent, imo, and should be a more frequently visited effect.

Exile target spell, then shuffle that card into its owner's library. That player then reveals the top card of their library until they reveal a card which shares a type with the spell exiled this way. They may cast that spell without paying its mana cost.

It literally replaces a spell with a random spell of the same type, so it'd be really good against finishers in creature-based decks, and quite lousy against planeswalker spell or finishers in noncreature based decks

I'd like to see a counterspell made with my personal idea of counterspells in mind, so blue would be hard, but maybe conditional/other stuff, white is tax, and red is random replacement-style.

I think I was ninja'd so see the above challenge.

Well the deck is finished (except updating the mana base but I find that part fairly easy). Thanks for the comments. They definitely helped me make the last few cuts.

On Path to Exile: hadn't thought of it as a self ramp piece but there are few creatures in the deck and only one creature-token producer. Good idea that I'll keep in mind if I swap something out in the future.

On Ancestral Anger: It isn't a strong card and a sorcery but there aren't a ton of instant speed red cantrips (same reason to keep Panic). I ended up cutting Rile instead because it is strictly worse. It will be swapped out once they print a new one mana red cantrip.

On the counters: Mana Tithe was the weakest option of them all. I like the possibility of a big play where an overloaded Cyclonic Rift is countered but admit this would be few and far in between. Red Elemental Blast and Pyroblast, while being inflexible against non-blue, are rarely a miss in my meta. Plus, the added utility of being able to blow it up or counter is useful.