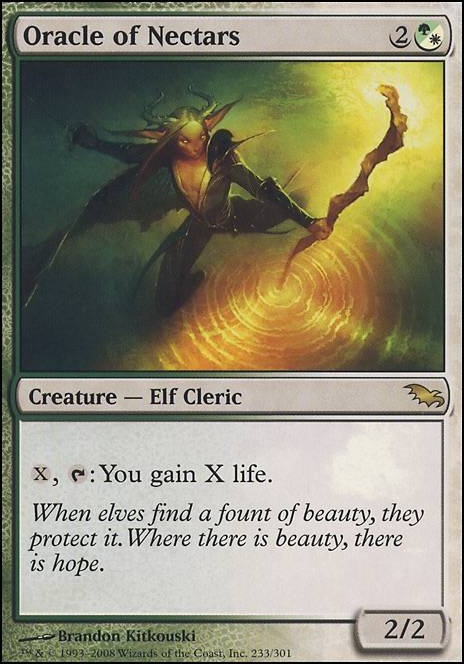 A Lovely Lady and Her Axe [Rebuild]
by Anarrandir

Another Rhys Deck
by ColtinW91 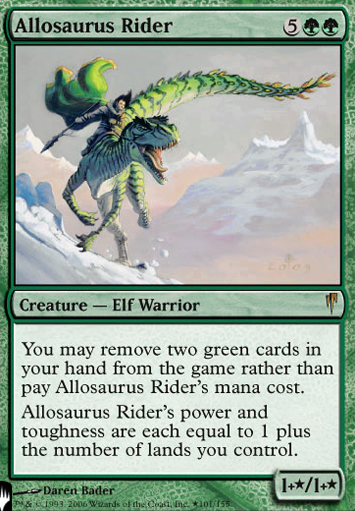 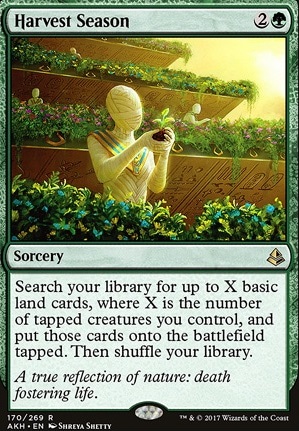 killroy726 on Is there a creature with â¦

Flooremoji Haha wow, yeah that would be very nice for this deck, I hadn't come across that card before. I'll have to try and find some room, I could maybe drop the Oracle of Nectars from the deck but I do rather like the ability to convert any spare mana into life.

Selvala play from the top Deck

First of all I apologize for taking so long to get back to you here lately I've been looking at a lot of Savala Explorer returned decks and they're all kind of just blurring together. ( there was a lot more than I thought there be)

The cards I suggested was only for the fact that you had Archangel of thune and it's a relatively cheap.

My personal opinion is that life gain and Stax are not the way to go but combo.

Using infinite untap abilities to make all your opponent's draw their decks.

But I'll leave some card suggestions for both life gai.

Ok, first things first: Melira and Devoted Druid don't work the way you think they do. Since Melira, Sylvok Outcast prevents counters from being put on, you can't pay the cost of the ability, so you can't activate it. The Vizier of Remedies is specifically worded so that it is possible. This doesn't mean either are bad, as they still go off with persist or the vizier, but its something you should keep in mind. You probably knew that, but just in case :P

Ditch Solemnity. You have an eight of main board, its unnecessary.

Oracle of Nectars is far too slow to be any good, it'll be turn four before you can activate him, and against burn you'll be already dead by then. Maybe Auriok Champion or Kor Firewalker, they do the same thing turn 2 (for quite alot of devotion however, if you want a less devotion heavy option, maybe Life Goes On? That's way more than the oracle will get you, for much less mana).

Graveyard hate. As nmiller said, relic is an option. Grafdigger's Cage is another.

With your manabase, Joiner Adept is a bit off. The only reason you'd need to run her is against Blood Moon, and you may as well run Disenchant instead.

Fracturing Gust fucks up affinity, and can also get rid of problem enchantments if you don't mind losing your own (which you don't cos u have none). Use it instead of Kataki, War's Wage, cos it also hits enchantment decks too

Six pieces of removal in the side is a bit much.

Leyline of Sanctity fucks burn, 8-rack and anything that targets you. Your playing white so should be hardcastable if you pull it late.

Last point, why no mainboard payoff 4 infinite mana?? You can chord for Emrakul if you go infinite, or just simply hard cast her. Also Walking Ballista can also function as a body, removal, or psuedo-card advantage if your flooded, as well as being a payoff both on the field and in the hand. You can't chord for it, but you can chord for Duskwatch Recruiter  Flip and use your still infinite mana to search for it. Recuiter is a mad card btw. Digs like a madman.

I highly recommend 1xThrone of the God-Pharaoh. I really like Chord of Calling in my elves/harvest deck autumn. I also like getting a Quest for Renewal down. You might consider Oracle of Nectars as another potential lifegain with tap ability.