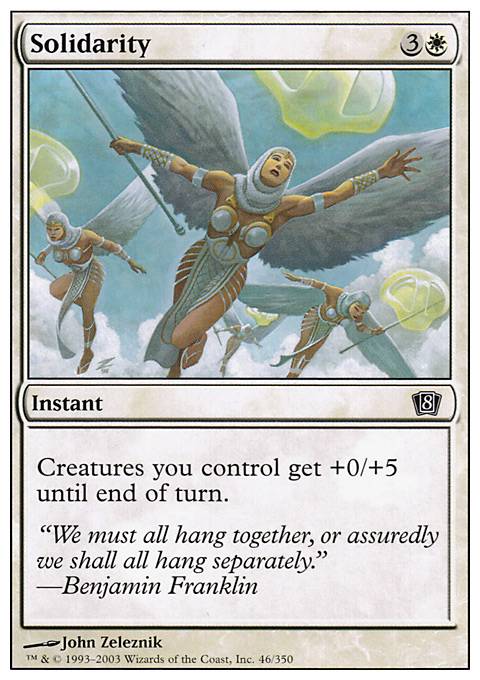 Creatures you control get +0/+5 until end of turn.

The Strategist's Defenders
by dnthymamai

Arcades, the Strategist EDH/Commander
by QuietOne13

I want you know that I did some changes. Get a bit faster, get a bit more Control and more consistent.

What do you think about that? greetings!

Mitrian Very nice list! I'm happy that you're successful with it! I made the same experience like you did, it performs very well even against high Tier decks and is a noteable competitor. Sure, your deck offer some more wincons than just beating down the opponents, but I haven't noticed any downsides yet. As you said, it all depends on the own meta :)

I'm glad to hear that about Trostani, I'm probably thinking too much and I almost run the same lands as you. Shouldn't be that hard to cast.

Mentor of the Meek is a cool card, but I'm not too sold on it yet since there is a lot of creature hate in our group and less artifact hate. On the other hand our M19 draft is still due, maybe we'll pull him.

Meekstone is good and I'll probably add it in the future, but at this time there are a lot of token decks with 1/1 and 2/2 tokens in our group making it useless. I put my eyes on Noetic Scales but haven't gotten a copy yet.

As you said Solidarity has a real high cmc but I have to admit I wasn't aware of this card. I will atleast buy one, maybe I'll add it some day.

Thanks again for your comments and I'm glad I have given you some ideas. I wish you all the best with your own Arcades list :)

Two other thoughts: Meekstone is pretty effective for us, and since you like the pump spells, Solidarity. Higher cost than Tower Defense but might be worth it.