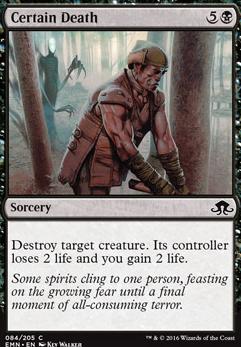 juggling the health
by RedTrashMammal 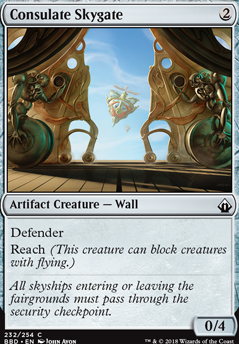 Boza on Rivals of Ixalan Spoilers

DemonDragonJ, you must be disappointed every set then - Contract Killing, Lethal Sting, Torment of Venom, Vanquish the Weak, Tidy Conclusion, Certain Death, Murderous Compulsion are all worse cards than the ones you listed, in just the last year. It is almost as if Wizards prints removal like that based on the needs of the Limited environment in the set.

Bloodbond Vampire for a back up karlov. this is iffy

Chant of Vitu-Ghazi, remember to block then tap for convoke.

Disciple of Griselbrand, or Disciple of Bolas let you convert a big karlov to something else

Mastery of the Unseen this needs a lot of mana to be great, but maybe you'll get some good use out of it. It's kinda iffy though

Patron of the Kitsune and Righteous Cause are VIP's with karlov

Orzhov Charm What mode are you adding this for?

Darksteel Ingot, Orzhov Cluestone, Orzhov Keyrune could be cut for a 2 mana rock, Fellwar Stone, Mind Stone, Star Compass. Maybe one of those

Hello ! I think first 20 land is not enough to play Lilianna planeswalker at 7CMC and other card at 5 or 6 CMC, you need 25 26 land to put a land each turn. You must focus on one stratgie in standard. Here you play mostly zombie so try to play card only zombie to find better synergie. Horror of the Broken Lands, Ruthless Sniper, and Baleful Ammit don't synergie with Liliana's Mastery for example. ON budget you can find great card zombie and you can find better control card.

To finish Bloodhunter Bat and Raise Dead are illegal in Standard format.

Good luck with your deck =).

I guess I'm going to have to be the anoying guy that tells you this. You shouldn't make a more than 60-card deck unless you REALLY know what you are doing. The only thing that this does for you is reducing the chances of getting your combos on. Everybody goes through the phase of wanting too many combo possibilities in their deck and ends up doing this.

You shouldn't put one copy of many cards unless, again, you REALLY know what you are doing. This reduces the chances of getting what you want when you want, and although it looks like you are adding flexibility to your deck, you are reducing it's consistency.

I understand your gameplans here, but you don't need this variety and size to make it work!

Another thing, Platinum Angel sounds great, and is great! But you really need to have your deck figured out to deal with it. It's very common for an opponent reduce you to 0 life and remove it in some way that you aren't expecting, and you just opened a comfortable window for him to go all in on you without consequences. Remember that you CAN'T WIN the game with his ability, no matter what the win condition is.

These huge mana costs cards like Draco usually are just used if you have some strategy for getting it on early. Its ability will just reduce it's cost by 4, because you deck only have 2 basic land types. The enemy will probably finish you off before that, even your deck being all about control (which it can do better then it currently does).

The last thing I can easily see is that the cards that are meant to "hold the opponent" as you said are far too mana heavy. Stuffy Doll, using the example that you gave, is a 5-cost, thats huge! Your opponent will have his game set by then (and I didn't understand well how this card would protect you). Other of one of the control cards you have, Certain Death is a 6-cost for a simple spot removal! It could be swaped for Murder for example, that isn't yet the best card for the situation but it's much better then Certain Death. If it's the life gain that you want, you could go for Essence Extraction, that can remove must of the creatures and is a 3-cost (still not the best choice, but another example).

Well, that's what I have for now. Hope I helped in someway and that the text wasn't too long. I wish the best to you, and hope that you become a great magic player! Sorry for the grammar errors, english is not my native language.

ticked-off-squirrel on Exquisite archangel and me dying â¦