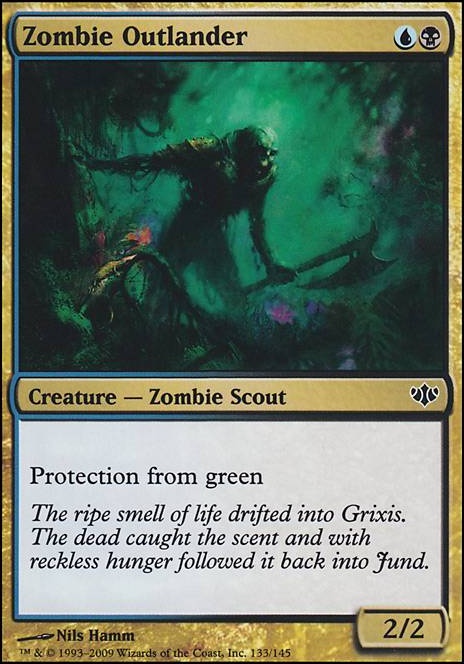 Dim the lights
by gangrel_pri 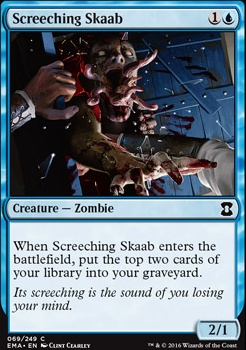 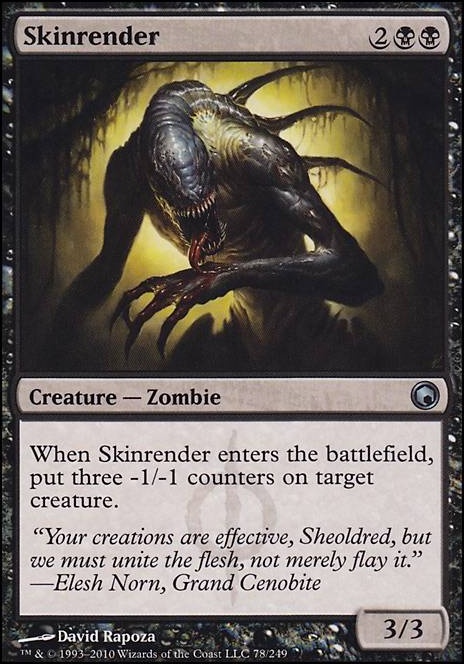 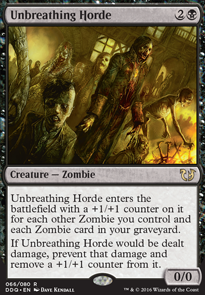 Also include all blue spells from this deck.

Okay, first of all, I would cut Geralf's Masterpiece, Geralf's Mindcrusher and Forgotten Creation, they're simply not worth the mana cost. Always try to keep your curve low! Instead you should add Geralf's Messenger, it's a tad more expensive($), but it's a really good card, probably the best zombie card out there. Other zombies you should consider to add:

Plague Belcher - target your Gravecrawler turn 4 after combat and you've got a 5/4 with menace in combination with your opponent loosing 1 lige, plus you can cast Gravecrawler again. Potential trigger for both Diregraf Colossus and Prized Amalgam. Having Plague Belcher + Diregraf Captain in play at the same time strongly disencourages the opponent sweeping the board, since he/she will loose a lot of life.

Cryptbreaker - Bit more expensive, but it can discard a Prized Amalgam, giveng you a nice 2/2 blocker, and gives you card advantage.

Relentless Dead - Also a bit more expensive, but this card is pure win, attack with it and if it dies you can return it to your hand and return a 1 cmc zombie to the battlefield, triggering Prized Amalgam.

Go for the Throat/Victim of the night - Nice removal, which that is the best depends on the local meta.

Dark Salvation - You can pay X=0, giving you a 1 mana kill spell if you have enough zombies. If you have a lot of mana that you can't use otherwise you get a couple of tokens. A solid card.

Night's Whisper/Sign in Blood/Read the Bones - Card draw is always good, pick one of them and have 2-3x.

For lands Choked Estuary is nice, 4x of it and 4x of Drowned Catacombs + 14 swamps should be a good enough mana base.

Some more expensive card you can consider in the future:Watery Grave + Polluted Delta - Shock and Fetch lands are almost always good.

Liliana, Death's Majesty/ The Scarab God - 1x of one of those, it's a bit win-more, but it can be nice to have on in the deck.

Vampiric Link = better than death touch defense - creature can attack OTHER opponents, damage them and heal us (or attack us and immediately heal us).

There are a couple "exile card X in graveyard, get a 2/2 zombie" cards

My first deck is all extort white with life gain. Most of my creatures have big bottoms so they can withstand Pestilence plus there is some exile removal.

Stumbled across this randomly...

I don't play much Modern, but general advice to new players is to get the number of different cards down. Spined Thopter, for example, is just kind of randomly here. Look to replace him with another copy of something you like, such as Zombie Outlander, or whatever, do the opposite - more thopter, less zombie. You want fewer 1x and 2x cards and more 3x and 4x cards. It will improve your consistency game-to-game. This is the first lesson that will help you build stronger decks on your own.

good so far i think you might want to take out Zombie Outlander,Walking Corpse,Szadek, Lord of Secrets,Perilous Shadow,Skaab Goliath,Hooded Assassin, because true they have a big toughness they don't really work that well in the deck, but besides that i think it is fine deck, you should be fine if you leave them in but there are better cards you could add instead of them.