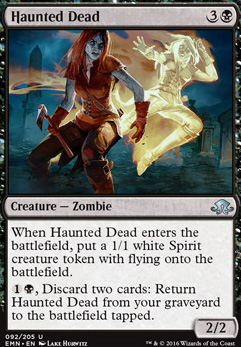 When this enters the battlefield, create a 1/1 white Spirit creature token with flying.

, Discard two cards: Return this from your graveyard to the battlefield tapped. 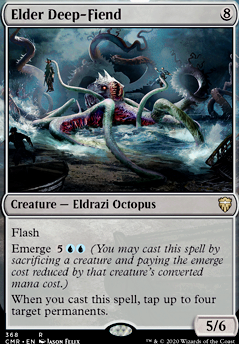 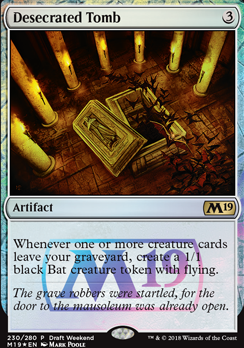 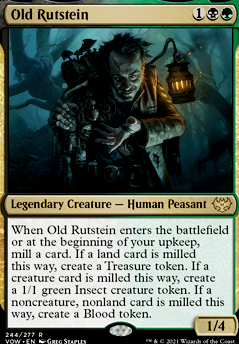 Spawning Pit is always a great, cheap sac outlet, as is Skullclamp. Ashnod's Altar is a little more expensive, but very powerful. Haunted Dead is a way to get multiple Sefris triggers per round. Finally, Grim Haruspex?

Nice deck! If you're getting good results from Haunted Dead you'll probably also like Stitchwing Skaab ; it might even be slightly better since you get a 3-power flyer to go over the top while Prized Amalgam clogs up the ground. Sidisi, Brood Tyrant could also be nice as both a big threat and a way to keep your dredge engine going.

TriusMalarky on What's Your Favorite Deck?

and Mirror-Mad Phantasm mills your deck. Narcomoeba and Haunted Dead provide creatures for Dread Return to get Necrotic Ooze and then you can set up some combos from there. I forget the exact combos right now.

Also Hell's Caretaker means you can go off on your next upkeep.

I suggest you play Haunted Dead over Ghoulsteed. It does the same thing mechanically for less mana and puts the same amount of power on board, but it's more evasive and can chump block really well.