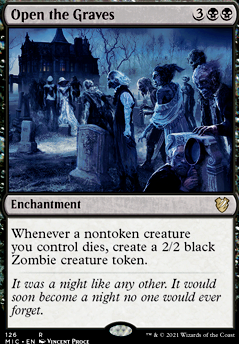 Whenever a nontoken creature you control dies (is put into the graveyard from the battlefield), create a 2/2 black Zombie creature token.

Unleashing Undeads Unto U
by SirOrionDrake