T, Sacrifice two other creatures: Any number of target players each lose 2 life and sacrifice a creature. You add BB and draw a card.

Priest of Forgotten Gods occurrence in decks from the last year 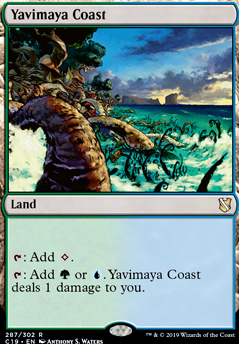 Orzhov and a Warboss
by OberstHati

YOU'LL FLOAT TOO!!
by AtrusOfMyst

I think you've got some good ideas in this deck, but I have a few suggestions. And I've also brewed a Korvold deck, you can find that (here)Sac-it-to-me! ~ Korvold EDH if you want some more ideas.

Hope this helps and good luck against your buddies!

So I went down to the LGS on payday and picked up Gutterbones Bloodghast Gravecrawler Corpse Connoisseur . They didn't have a Nether Traitor so I ordered one of TCG. I also added Field of the Dead and to go with that 1 Snow-Covered Swamp and a Leechridden Swamp . I took out Priest of Forgotten Gods because she felt to slow and clunky. Ayara, First of Locthwain did plenty. I also dropped Army of the Damned Reave Soul and Dread Presence . These got cut mostly because the way I've been playing the deck has shifted away from them. I literally just made these swaps so I haven't played it yet but boy oh boy am I excited.

Kogarashi on Sacrificing temporarily own creatures

Yes. Since you need to control the creature in order to be able to sacrifice it to your Witch's Oven or Priest of Forgotten Gods , then as long as the creature is not a token, it will trigger Liliana, Heretical Healer  Flip or Midnight Reaper .

Kujisaki on Sacrificing temporarily own creatures

If i use, for example Claim the Firstborn to gain control of an enemy creature, and then use something like Witch's Oven or Priest of Forgotten Gods , to sacrifice it, it activaves effects from cards like Liliana, Heretical Healer  Flip, or Midnight Reaper ?

Grubbernaut I decided to put there 2 Priest of Forgotten Gods as I agree that more sac outlets is needed, yet I feel that the deck wouldn't have gained much from producing food, and the ability to sac 2 creatures, get the opponent (or opponents) to sac one of his and gain 2B is gonna fit in better.