First, do you really own all of these super-expensive cards? That's impressive. If not, it's still fine. Big green decks can use them, but there are so many cheaper ways to go nuts on mana.

Your mana curve is pretty low and you have tons of ramp. 32 lands still seems optimistic. I wouldn't normally go below 35, especially since quite a lot of your ramp is on mana dorks, which easily die to many things.

Spike Weaver makes me think of combos, but I couldn't figure out yours. Is there any?

I'm assuming Setessan Petitioner is in here as a human with an etb? It'll propably net you quite a lot of life, but how about cutting Petitioner and Feeder for these two:

Hyrax Tower Scout and Karametra's Acolyte go infinite with Kogla, and with just one additional devotion, you not only get infinite cast/etb triggers, but also infinite mana.

What's more? There are five expensive fetches in here that aren't necessary at all. As you don't have any non-basic forests, it wouldn't change anything if they simply were forests. That would save you more than a hundred bucks from the budget. The chance of simply changing your deck order doesn't seem worth it, either.

That's it for me. The general list looks pretty good, so I'll be sure to leave an upvote.

I like the idea with three commanders! And all the card draw is nice would combo well with something like a Psychosis Crawler and maybe Karametra's Acolyte, while still staying budget. Thanks for the ideas!

Just a couple random things! I feel like Myriad Landscape is a decent card in a deck at the power level I suspect you play at, as is Blighted Woodland. You might like Nissa, Who Shakes the World, she is a really good way to generate huge mana for your Commander. Karametra's Acolyte can be significant ramp, Green tends to have high devotion. I always try to find space for Transmogrifying Wand in a mono-Green deck, I'd even run it in fairly competitive decks, nobody cares about a 2/4 in Commander, 3 uses is pretty impressive.

What's more, how about Harvest Season? 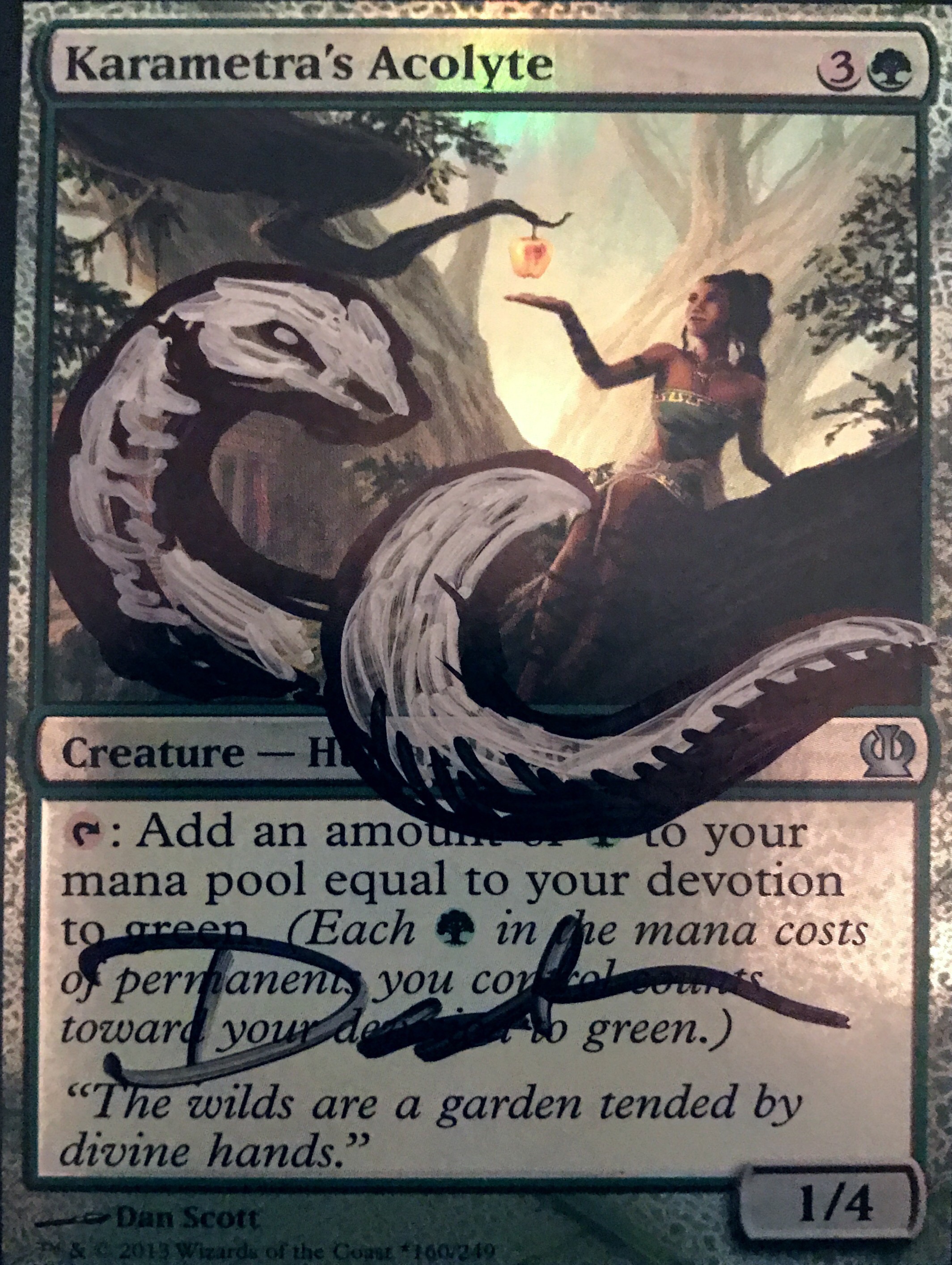 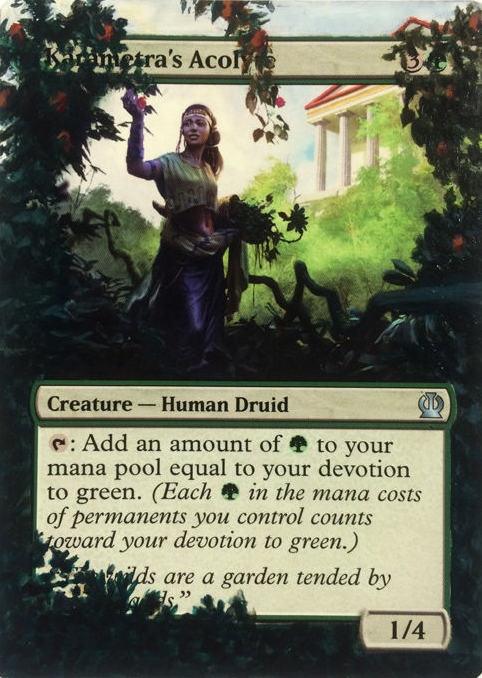