When Gisa and Geralf enters the battlefield, put the top four cards of your library into your graveyard.

During each of your turns, you may cast a Zombie creature card from your graveyard.

Gisa and Geralf occurrence in decks from the last year I Want To Be Dead With My Friends
by Attivian 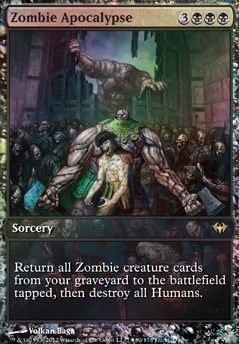 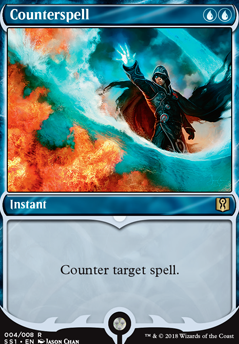 Scarab God of Combos
by Unknownblah

Thank you for your suggestions NV_1980! I really dig your deck, especially since this deck started out as a Gisa and Geralf deck too and came a long way from there by using The Scarab God for quite a while and now making a jump into the Grixis pool. I used to run the altars but I found out early, I don't want to run most of the infinite combos because I neither have efficient outlets for infinite mana nor did I want to win with infinite tokens since they just get wiped during the next turns before I am able to swing with them.

I could still go for infinite drain with Rooftop Storm Gravecrawler Carrion Feeder and Diregraf Captain, but my main gameplan was always to swing with my army (since I already got plenty of combostuff in my other decks) and Marchesa, the Black Rose provides haste and inbuilt recursion and thus seemed fitting and worth a try to me :)

Nekusar, What Dat Amass Do?

I debated over adding The Scarab God , over and over. Despite it fitting perfectly. I wanted true zombie tribal so I decided not to add him or Gisa and Geralf .

First attempt at Zombies, any suggestions?

Get a pile of zombies out early. Add to that with Endless Ranks of the Dead

Keep my hand full with Undead Augur and Cryptbreaker .

Gravecrawler and Relentless Dead bounce back and Gisa and Geralf adds to that effect and stacks my graveyard with creatures that can be brought back.

Undead Warchief and Death Baron plusses everyone up.