Rebound (If you cast this spell from your hand, exile it as it resolves. At the beginning of your next upkeep, you may cast it from exile without paying its mana cost.)

Leaves From The Vine
by Fish_Plissken

Noyan Feels It In His Plums
by gamezbryan 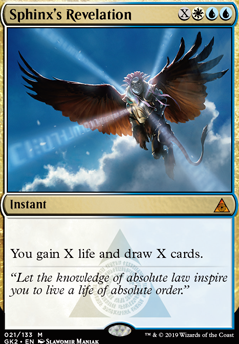 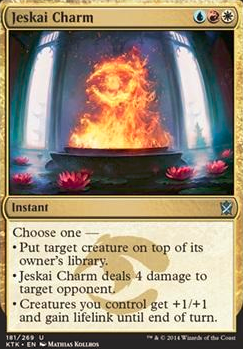 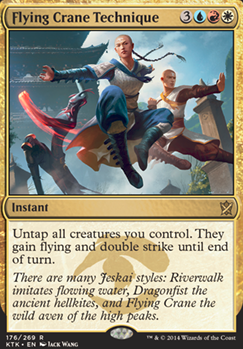 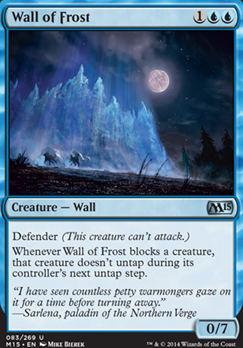 Serra Avenger x2 or x3 sounds like a good idea.

For hubs, I would add "artifacts," maybe change "control" to "aggro" or "tempo" (which is basically being able to adapt an aggro or control strategy on the fly, depending on your opponent's moves), add "humans," maybe "multiplayer," add "theme/gimmick," and if you got room after all that, then fuggit, add "voltron" too, lol.

As for the deck, for starters, I recommend 4x Trained Caracal as your one-drop. In exchange, lose the 4x Cloudshift because none of your creatures really benefit from "blink" effects. Plus they'll be all so beefed up from your "communal voltron" strategy, that you prolly won't need to rescue them during combat often.

You could also drop Relic Seeker entirely because Odric doesn't copy Renown for you. Instead add +1 Knight of the White Orchid (or swap out some knights for some aforementioned Serra Avengers). That leaves one empty "slot" in your deck. So do -2 White Sun's Zenith & -1 Mirran Crusader and add +4 Aerial Responder.

Finally, -2 Great Teacher's Decree and +2 more Odric, Lunarch Marshal. You definitely want to have more than one of him, because he is what will push your creatures over the edge and make them hard to deal with.

Notice how I focused on giving you at least a playset (x4) each of a 1-drop, 2-drop and a 3-drop. That is important to consider when deckbuilding because, as it stands now, your deck has no real turn-one play it can make. Having 1-drop creatures changes that.

That concludes my lesson for the day. Now it's eyes2sky's turn. =P

I would suggest cutting the Loyal Sentry. Typically if you are playing aggro and blocking, you are losing, so putting yourself in that position may not be the best idea. I feel like getting rid of some of the big creatures you have like Archangel of Tithes and Angel of Glory's Rise could allow you to play faster. If you wanted to have some form of recursion to come back after a wipe, I'd recommend adding some Return to the Ranks in your sideboard. Great Teacher's Decree, while and interesting choice, probably isn't going to do what you want it to unless you are already winning. I'd consider adding some Brave the Elements. They are crazy helpful in a multitude of situations. Some removal such as Oblivion Ring and Journey to Nowhere also seems appropriate. I'm personally not a fan of Transcendent Master, but if he's been working for you roll with him (I prefer cards such as Mirran Crusader). Overall if you want to keep a solid early game consistent with the deck, I'd suggest at least 6 other 1 drops besides the 4 Champion of the Parish. Some suggestions: Boros Elite, Thraben Inspector, Doomed Traveler, and Soldier of the Pantheon.

you are playing the wrong archetype for budget, first off, if you want to do this, Great Teacher's Decree is a bad choice. it is too slow for what you're going for. I suggest going Izzet and just build prowess. add in Stormchaser Mage.

I saw this decklist on /tg/ and I figured I could give some additional thoughts here. Without going into specific cards, I would look into giving Shu Yun more targeted protection, finding additional combat tricks (particularly spells that also draw you a card), and including some more creatures. Without additional creatures and the protection, you may find it difficult to win.

I also think you have too many draw effects. I normally don't argue with drawing cards, but it looks like you're going to draw cards that allow you to draw cards. You want to draw cards that'll let you deal more damage with Shu Yun. I noticed a handful of lands are also meant to destroy lands. Given the low land count to begin with, this may end up biting you in the ass since you may need that mana to play different spells.

Cards I would remove

Of course, this is also me not knowing what you're play group does since there seems to be a lot of enchantment hate and land hate.

Honestly, in the deck's current state, it almost seems like you want to play Narset, Enlightened Master.

i originally had ojutai in main and switched for avacyn, right now I am kinda just waiting for eldritch moon to drop to see what can be changed. But I am thinking about adding a Quarantine Field or something like Great Teacher's Decree, Inspired Charge, Kytheon's Tactics these are the current cards I am looking too put at least 1 in for a more consistent... no more like a alternative option to go all in for a win.

You need a lower mana base for an aggro deck. You want strike fast and win by turn 4 latest. So about ~12 one mana creatures, ~10 two mana creatures

If you are open to non-allies:

For turn you can add something like Ethereal Guidance or Great Teacher's Decree.

This could work a budget deck, but if you want to put in a few hundred for a budget deck, I'd suggest you look at http://mtgtop8.com/format?f=ST - this is a link detailing all professional tournament decks. Or better yet, go to your local game shop and ask what could work at events there.

Hey there, I have a tarkir cube as well. For some custom categories I would suggest adding stuff for each clan. I am still working on some of my dual-colored ones, deciding whether or not just to put them in #Multicolored or #Jeskai or something like that. For instance, Cunning Breezedancer could go into Jeskai, or Multicolored (enemy, dual colored cards such as Death Frenzy would go into both Sultai and Abzan).

My cube is 360, I'll try to give you some suggestions.

-Monastery Mentor+Strongarm Monk is an amazing combo, especially paired with something like Great Teacher's Decree. (I recently traded for one, and it's awesome)

-I personally have added the planeswalkers (so far only the two sarkhans, budget yay), I don't think they're uneven as black is the only color that only has one PW, all the rest have 2, I believe. (Narset, Sorin, Ugin, Sarkhan Dragonspeaker, Sarkhan Unbroken).

-My cube is personally not ratioed into pre-set packs (like 2R/M, 4U, etc.) but I like it here, great job on that!

-Only now I realize that your cube is not singleton! Interesting, another difference from mine.

-I would also recommend checking the tarkir wiki page(s) to find all the megacycles of cards (such as the 5 megamorph dragons (Herdchaser Dragon, the 5 megamorph 2 mana creatures (Hidden Dragonslayer Den Protector), also the regents (Thunderbreak Regent), you get the point. Also all the khans if you don't have them (the cycles from FRF) with Tasigur, the Golden Fang, Yasova Dragonclaw, Shu Yun, the Silent Tempest, etc. So check out the cycles for sure, if you haven't already.

-Lastly, make sure you have all the charms, ascendancies, and banners for each clan. (I didn't check if you did, sorry lol).

I hope I could help, I'd be happy to offer any more sinsight!

Here's my cube, if you would like to take a look.