Each player shuffles his or her hand and graveyard into his or her library, then draws seven cards. Exile Time Reversal.

Time Reversal occurrence in decks from the last year

Golos, Tokens and Wheels
by Xenth

This deck is bugged
by avacado 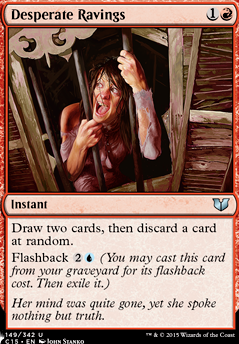 Snakes on a plane

This deck honestly looks pretty solid. The only inclusions I would suggest is Doubling Season, as it would probably be more impactful than a card like The Royal Scions, and Wheel of Fortune as an upgrade to Time Reversal (given you have the budget).

Harvest Season looks kinda strange seeing as it is only good when you have your tokens attacking, and since your commander is pretty high costed I would probably swap that ramp spell with something that can help boost you through the early game. Dryad of the Ilysian Grove might be great as it is a way to play all the lands from your hand as you wheel, and fixes your mana at the same time.

The idea is to tutor for dryad arbor, not oracle. You want oracle to be in the deck to trigger off of mutate isnt it?

I think some shuffle effects could help here, in case oracle in in your hand. Echo of Eons, Time Reversal budget versions