Vivid Marsh enters the battlefield tapped with two charge counters on it.

[symbol:T, Remove a charge counter from Vivid Marsh: Gain one mana of any colour. 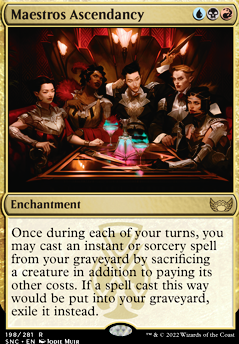 Thanks! It should be a Vivid Marsh 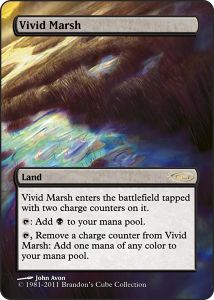 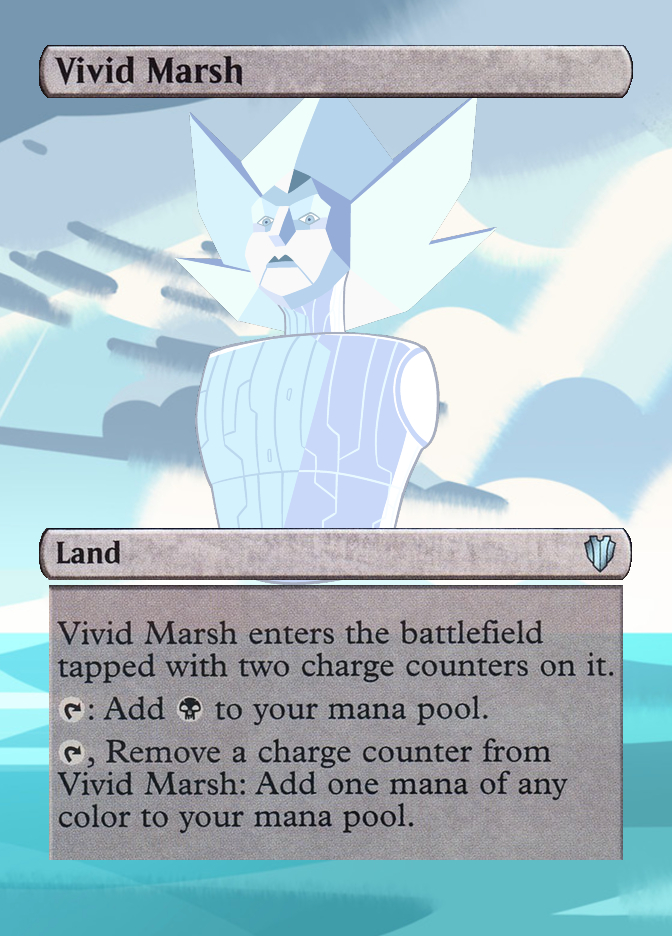 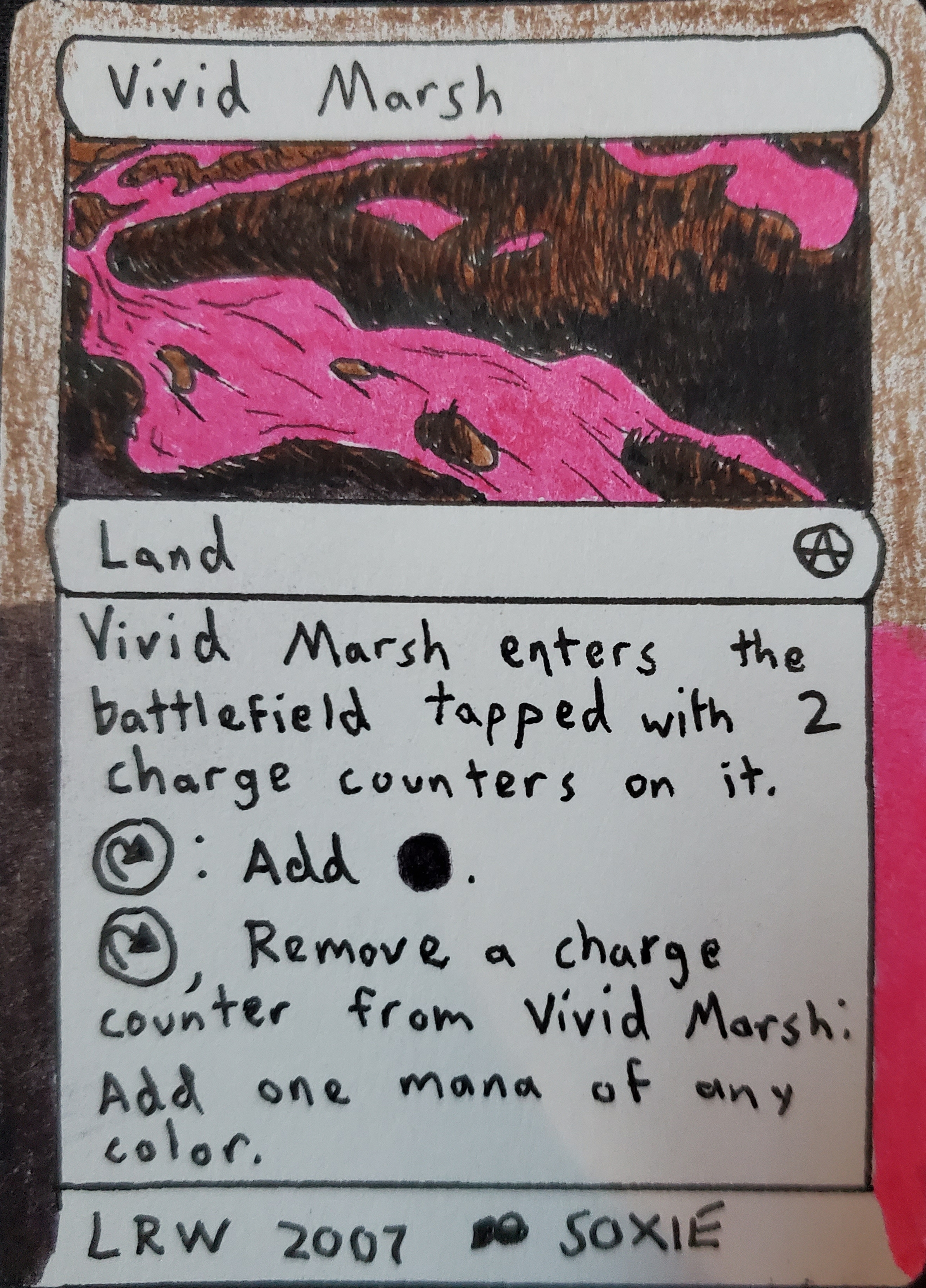