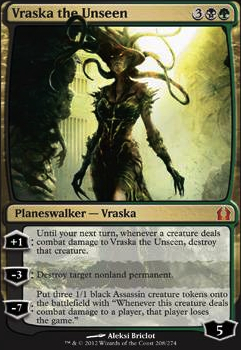 Lord_of_Cardboard I'm pretty sure sideboard is incldued in the cost, so ignore that. I never pay attention to the tappedout price because it's usually inaccurate and averages the price of a card based on all its printings. Don't worry about a land base, given it's very easy nowadays to budget one efficiently. In a deck based around ETB, it's very easy to budget. If there's a card that's a little pricey, like Craterhoof Behemoth, there are budget alternatives. While landing a hoof with two triggers nearly always ends the game, using a similar card like Decimator of the Provinces or End-Raze Forerunners works just fine. Even just using EDHrec and filtering the most popular cards to be cheap will give you a better idea of what other people do to budget their lists. Do what you can to ensure you have a consistent mana base, a way to ensure your mana base stays efficient with cards like Farseek or even Skyshroud Claim, a decent amount of removal (preferably in the form of ETB from cards like Reclamation Sage and Ravenous Chupacabra), and having ETB effects on nearly every creature or even every permanent in your deck. In my opinion, if you were to buy a nicer card or two for this deck above the $10 range, Birds of Paradise is a must-have mana dork in a multicolor deck, and Field of the Dead will give you an insane amount of creatures with little to no effort. Keep in mind this list is based around Birthing Pod, so that card and the others like it are a bare necessity. If you want to push your list more towards blink or landfall, by all means, go crazy. This is just my iteration of a very popular and flexible commander.

The difference between perfection and scrap is merely the intent.

Wonder if we will ever get colorless phyrexian mana? I bet we will.

I think making a 4-color card is significantly harder than a 5-color card, because with 5 colors you can basically just do whatever the hell you want. 4 really reigns in those restrictions.

Easiest way to design one is to ask what it CAN'T do, and start from there.

Make for me a 4-color Planeswalker with your choice of;

For added challenge, do not make each ability a representation of just one or two colors, but try to blend and show multiple colors at work.

Protip: Establish your Planeswalkers power and build off of that, rather than cobbling together some random stuff that sounds cool. For example, a Planeswalker who's power is corrupting souls.

Scheer218 on New hubs to be added

I dont know if this thread is still active but I think Birthing Pod should have its own Hub, If you call it something generic like 'Pod' it will also apply to other cards like Prime Speaker Vannifar, Fiend Artisan and Oswald Fiddlebender

Ashaya, Soul of the Wild will net you Titania triggers off any creature deaths, you could pair it with Birthing Pod for another tutor.

World Shaper would be a solid addition for getting lands back.

Dovin is less usful than narset functionality wise but it's not like it's by a huge margin. If I were playing this commander my approach would be much different. I'd be running Arena Rector, Academy Rector all the cards like Birthing Pod and Deepglow Skate - being able to loop a Jace, Architect of Thought into an Ugin, the Spirit Dragon and whatever degenerate stuff your opponents have is just back breaking. You seem to be trying to pull punches/play more fair magic.