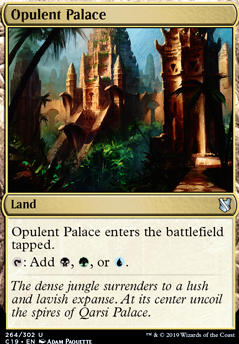 Opulent Palace occurrence in decks from the last year 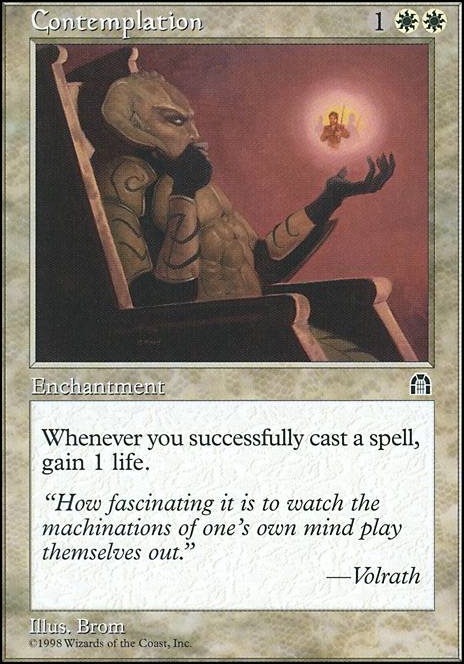 Zaxara, the king of Hydras and X spells

I would consider Prosperity in this list specifically for Win Con 1, since it's a little cheaper and in a pinch you could politic it for the table and just draw a ton of cards but also get a big token.

Also, 33 lands is a little light here. I'd try to add at least 3 more. Since it seems pretty spell heavy, Boseiju, Who Shelters All could be solid here, Opulent Palace for mana fixing in your colors on a budget, etc., Mage-Ring Network could be good for extra mana on your X drops.

Also Parallel Lives effects for the cast trigger would double the counters on one token, but (unless I'm wrong) wouldn't put the counters on the copied token- causing a 0/0 to die as a state-based action. Might want to consider Primal Vigor here instead to get more on the counters for the first token, but I would suggest cutting this for extra lands since you seem light on them, big time.

Hello! I'm glad I can help! Of course, you can adjust your lands to have more variety and help give more triggers to the Field of the Dead! You are worried about placing tapped lands but don't stay! Take a look at your mana curve, as you can see is not very fast: only 4 cards of 1 mana cost, and 10 cards of 2 mana cost which gives you 14% of the deck ... You can invest in some tapped lands like the dual lands Simic Growth Chamber and Golgari Rot Farm. Evolving Wilds to double (or quadruple with yarok!) the Field of the Dead trigger ... The Opulent Palace ... And also some untapped ones like Yavimaya Coast or Llanowar Wastes ... I'm giving you low cost options but you can see other solutions on my decks ...

My card suggestions for you to consider can help to improve the manabase. With a $700+ budget and having Underground Sea there's many even budget lands to consider adding.

These are 10 lands that ETB tapped and even though some of these lands trigger Yarok it's not worth it. There's so many better land options that can ETB untapped.

Hey, saw your forum topic asking for help. Nice $850+ budget, but the manabase doesn't look like you have this high of a budget. You have $130 Sliver Queen and are playing Vivid lands?

Lots of good advice here about Slivers, but no one has said anything about the manabase? You can improve the manabase even on a budget, but if you're willing to spend some then great, but either way you can make it better. The Vivid lands ( Vivid Grove ) are not good. Even if you were playing proliferate which you're not; there are much better land options. The ETB tapped Fetch lands ( Flood Plain ) are also not good unless you are able to fetch dual lands that can consistently ETB untapped which you don't have here.

The Battle lands ( Cinder Glade ) are good budget dual lands, but only if you're playing a lot of basic lands. There's only 10 basic lands here which means consistently a Battle land won't ETB untapped and when you fetch one it will also ETB tapped. When you need five colors these Fetch lands are too slow and are not helping enough if all they're fetching is a basic land or a Battle land. Consider the Shock lands ( Overgrown Tomb )? You can fetch a Shock land and have it ETB untapped for the cost of 2 life. They could replace the Vivid lands.

Consider land tutors: Crop Rotation and/or Sylvan Scrying ? There's several Rainbow lands ( Command Tower ) here that they can tutor for which can be helpful for color fixing. Fellwar Stone is a good two drop mana rock. Good luck with your deck.

darkPrince010 on Multiple Cards Not Appearing

I refreshed my Volrath's Lil' Buddy, and now not only does Opulent Palace show up as a valid card, but it somehow fixed its hyperlinking too!

...anyone chance taoth31 could change his cube name(sol ring) to Sol Ring with the capitalization, so we can fix the hyperlink for all us poor EDH players?