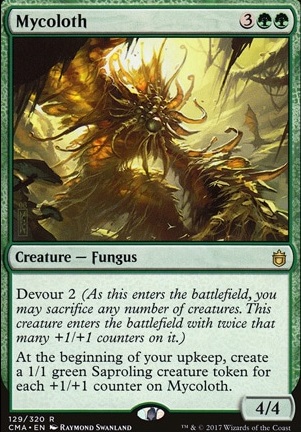 Omelettes a la Naya
by FrogBoy95

I considered Thousand-Year Elixir and have Aurelia, the Warleader, but I ended up not going with the Elixir because it only benefited Atla Palani, Nest Tender

and I cut it for another beefy monster space. I didn't think about Patron of the Orochi. It fits the theme and looks like a phenomenal addition. :)

Thanks for the advice, What do you think about adding Atla Palani, Nest Tender .

Dcku on I need a token deck...

Shouldn't your commander focus more on having strong creatures and making tokens? For example I have a friend playing a red green white token deck based on starting off with big creature spells and tokens like Desolation Twin and then populate them (to populate is to create a copy of a token tou control). The commander of his deck is Atla Palani, Nest Tender who let him cast some heavy crature spells early in the game.

Chandra, Flamecaller out Atla Palani, Nest Tender in as another cheaty card.

Neheb, the Eternal out Azor's Gateway  Flip in since it can make a lot more mana of any once color. Neheb's ability is definitely useful I just think Azor's might be better in this case though it is more difficult to get to...

Ghost Council of Orzhova out Darien, King of Kjeldor in now as long as I have with Sisay any less than lethal attack against me can be turned around to my favor. I'll likely be adding more shannenegins like this down the road.

i am making a Atla Palani, Nest Tender EDH deck. does anyone know of any effects that i can put cards from my hand back on top or back in my library somehow??

any help would be much appreciated!! thanks!

Sengaliar_The_Unshackled on Worth it or not?

Hi, I'd like to point out before anyone start to read that this deck is a casual game at an Lgs type of deck. No need to have mega super combo looping everyone dies on turn 3 thing. Thanks!

I'm planning on building an Atla Palani, Nest Tender and I'd like a few pointers.

First point of order_: The direction of the deck.

I'd like to know what people think and why on this topic.

Second point of order : Are these cards worth it or not.

I have these cards that I'd love to play in the deck but I don't wanna hurt the tempo and consistency of the deck.

Grand Abolisher and Dragonlord Dromoka I like them for their protection during my turn so I can do my stuff without worrying or being bothered.

Expedition Map Is it really worth it in a deck that has access to green and other ramp cards?

Reliquary Tower I've been told that this card should be in every deck but I'm not sure to see the point of having it in my deck.

Fabled Passage Again same thing as reliquary tower but is it really worth it?

Throne of the High City The monarch mechanics seems really fun but is it worth it to use this or should I go for a better land instead ? Maybe I could use another ''You become the Monarch'' effect like a Palace Jailer ?

Urza's Power Plant , Urza's Mine , Urza's Tower . Is the worth it in a deck with many high cmc cards? Is the work to assemble them worth it in the deck ? Other than Expedition Map is there any other cards to help me fetch them out?

Thanks for taking your time to help with this, really appreciate it. Happy 2020 everyone