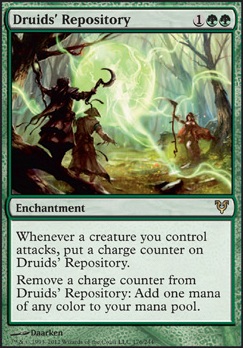 Druids' Repository occurrence in decks from the last year

Change one of each basic to snow covered and you can run Tainted Pact.

Not sure if Underworld Breach will be as effective as you want it to be. You're not wheeling or actively filling your graveyard so it won't get you back very much all at once.

I also question Dark Confidant but that's a personal thing. Maybe replace it with Tainted or another Najeela combo? Druids' Repository is incredibly easy to get online.

Worldly Tutor can be replaced with Enlightened Tutor and could find Repository and Nature's will.

Why dont you run Druids' Repository?