Creature cards you own that aren't on the battlefield have flash.

Each opponent can cast spells only at any time they could cast a sorcery. Teferi, Mage of Jank
by Elasar99

You shall be punished for your sins.
by Pheardemons 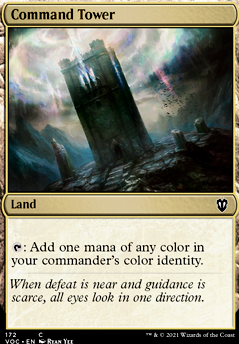 Abaques on Technically not infinite combos

The only addition I'd make to this conversation is that I played a game at a local LGS and one of my opponents went off with a Timetwister after resolving a Teferi, Mage of Zhalfir so when he went off none of us could interact. His win-con was hitting us with hasty drakes from Talrand, Sky Summoner.

This was like five years ago and games were not as competitive or fast as today. The rest of the table was playing totally fair decks for the time.

The guy going off spent over an hour resolving multiple timetwisters... but in the end he did his math wrong and couldn't kill the whole table but he'd already decked himself. He killed the other two players and then lost on his draw step. In the mean time he wasted over an hour of three other people's lives playing solitaire.

wallisface Thanks very much, I'm proud of this brew. I suppose it reflects 20 years of janky deckbuilding, but a little more focused than previous decks.

I wanted to build a deck that I hadn't seen a million times before. I do agree that for his CMC, you are probably right. I was thinking that Figure of Destiny might be a good swap, since he's cheap but has the potential to fly off the hook if given time..

I also realised that I'm at 58 cards, so I should likely put two more lands in. The other option is that I pull the two copies of Goldspan Dragon I own from their current deck, remove all four copies of Teferi, Mage of Zhalfir in favour of two copies of Lavinia, Azorius Renegade and two copies of Strike it Rich.

I'd love your thoughts, and once again thank you for your kind words and advice :-)

I donât think you need the full playset of Teferi, Mage of Zhalfir, 2 copies should be enough. They cost a lot of mana, so wonât be castable until quite late in the game (especially on 18 lands) - and you probably donât want to be drawing multiple of them.

I would advise against cutting Shared Summons. It has proved to be the best creature tutor in my deck. Generally itâll grab me Seedborn Muse and Teferi, Mage of Zhalfir but can also grab the pickles lock or mix and match if Iâve got one piece of each already. Otherwise it can grab Den Protector and Vesuvan Shapeshifter for the Cyclonic Rift lock or any other pieces I need. Pulling two creatures at eot is just too valuable, and itâs one of the reasons Iâll go off on turn 5 or 6.