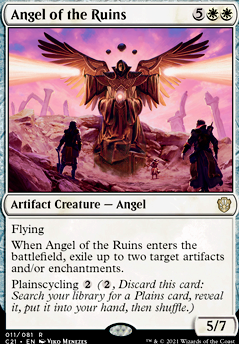 Angel of the Ruins

When Angel of the Ruins enters the battlefield, exile up to two target artifacts and/or enchantments.

Plainscycling (, Discard this card: Search your library for a Plains card, reveal it, put it into your hand, then shuffle your library.)

No, that's not how Panharmonicon works in this instance because it's an activated ability creating the tokens, not a creature entering the battlefield. The creatures it would work with are Angel of the Ruins, Combustible Gearhulk, Meteor Golem, Myr Battlesphere, Quicksmith Genius, Solemn Simulacrum, and Sun Titan - and maybe the modular one. I don't think it's worth it for just those few. Unwinding Clock is probably your best bet.

And I notice Zirda's not in your maybeboard. I would HIGHLY recommend it for this deck. Not only is it part of the combo, but it discounts Osgir's ability by 2.

Angel of the Ruins

Hey, well done. I also play Kaalia on a budget. 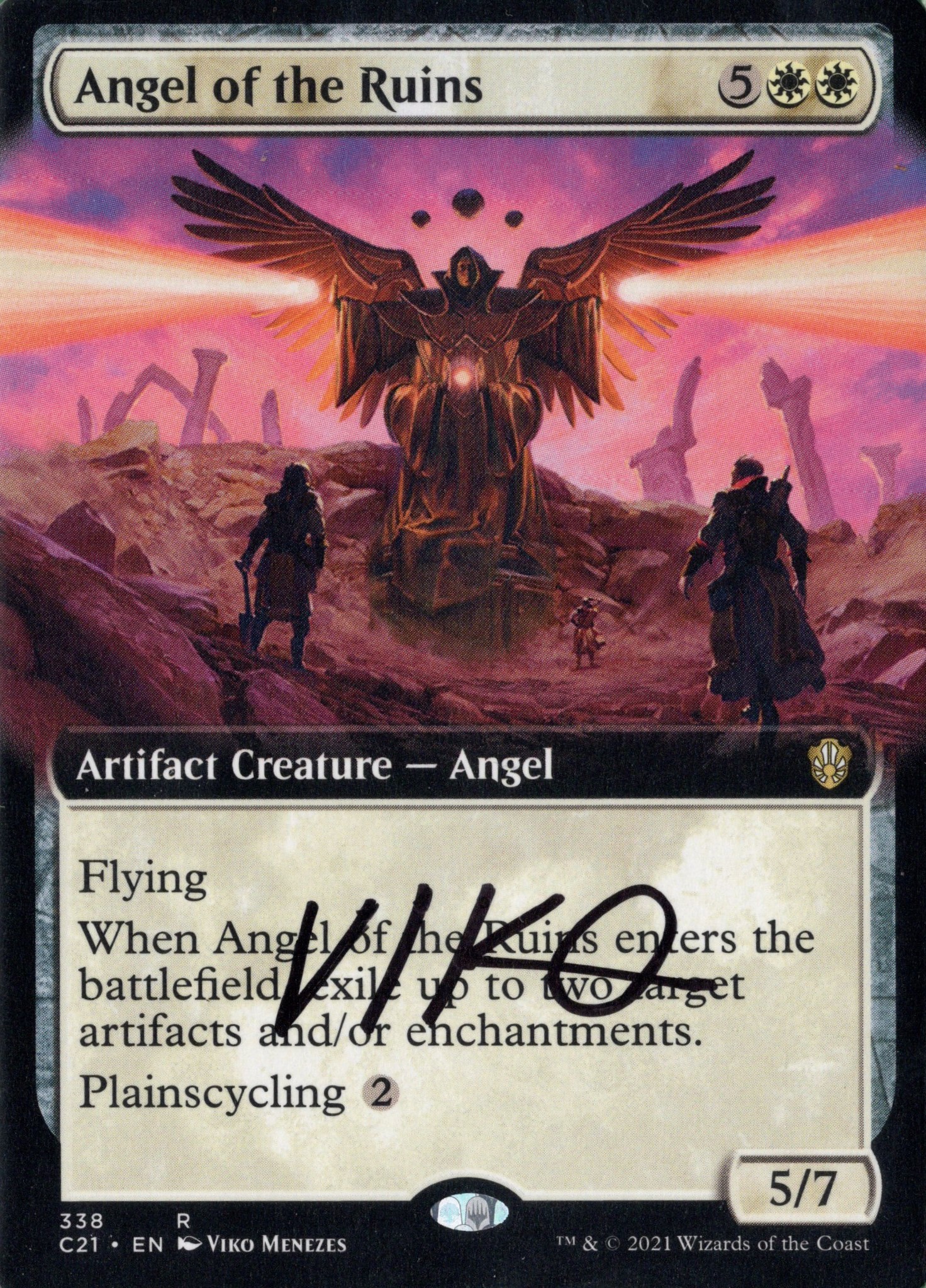