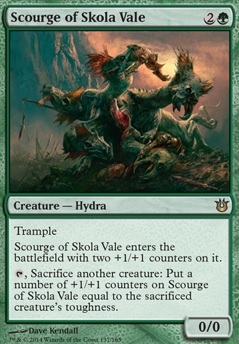 Scourge of Skola Vale enters the battlefield with two +1/+1 counters on it.

{T}, Sacrifice another creature: Put a number of +1/+1 counters on Scourge of Skola Vale equal to the sacrificed creature's toughness. 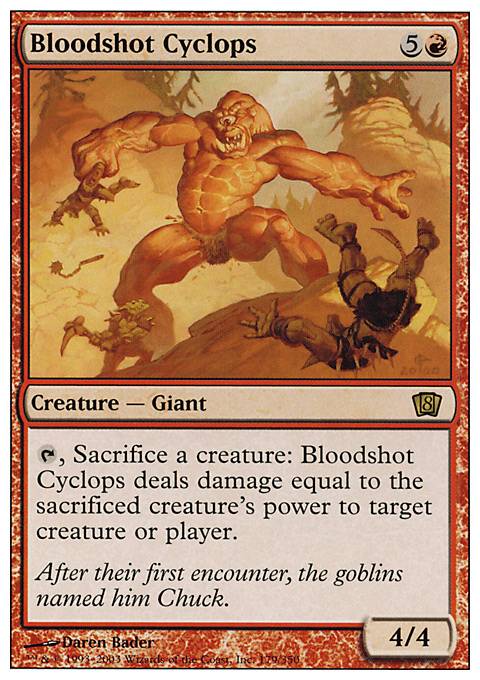 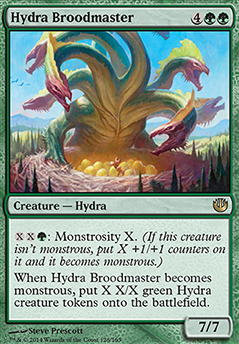 lots of experience needed
by dreclub

Ezuri, Claw of Progress
by Loudnezz

i read a bit on reddit and a judge there said its just an unfortunate wording, and it works to have the counters go on both the ozolith and skullbriar! if thats true, the combo of something like Scourge of Skola Vale or Jarad, Golgari Lich Lord, The Ozolith and something like Journey to Eternity Â Flip or Kaya's Ghostform sounds pretty fun, no wombo combo but sacrificing a 10/10 Skullbriar for 10 dmg /10 counters on the scourge just to basically double the counters over all sounds great, if Reyhan, Last of the Abzan

Eldrazi_lord One last thing regarding your question on using Howl of the Night Pack or Scourge of Skola Vale . Personally I would not use either because, I don't think their effects are going to be that impactful but, if i had to pick one it would be Howl of the Night Pack . If you want to run an effect like Howl of the Night Pack why not consider Storm Herd ? It will have better synergies with your deck since you will already be gaining a lot of life plus the built in evasion of the Pegasus tokens could win you the game if you end up untapping with them next turn.

Either way I think you have a really strong deck here!

Question would Howl of the Night Pack or Scourge of Skola Vale be good additions to this deck or no. Scourge is a less likely choice but just wanted to ask.

dragonforce60 I appreciate the suggestions but most of these cards arenât powerful enough to be playable.

Groundbreaker , Ball Lightning - lack of effect on board state, best case they do 6 damage to a single player which is nothing in web

Explosive Vegetation - considered running this however you are better off adding a farhaven elf, this will allow you to ramp earlier and have something to sac/ trigger to a like birthing pod or Mikaeus.

Doom Engine!!! - not bad but the 6 damage doesnât do much, better off playing Wurmcoil Engine which will trigger more kresh, and also has lifelink

[ukabi drake - really just a dead draw 90% of the time, similiar to ball of ligtning

Scourge of Skola Vale - interesting effect however I donât see the point of transferring ++ counters from one creature to another, this would to better in a deck with lots of walls for ex

Become Immense - most of our creatures are already large enough, you are better giving them something like trample or hexprokf, if you want something that goes good on big creatures I recommend Mage Slayer

Life's Legacy - interesting card that I heavily considered, ultimately you want to keep your large creatures around as thatâs how you win games, fling is the exception as itâs at instant speed

Ultimately kresh is greater at getting big, and he goes greater with mass removal that you should already be playing, this deck really goes to try to solve the problem of kresh not having any self protection(like hexproof) or evasion. I like what you did with the fast attacking creatures that die instantly however these cards arenât good when kresh isnât around, so you are better of

Iehovah on Degenerate Targets for GPG

A few quick gatherer searches gave me some interesting cards

I don't know if you should include a sacrifice theme, I just know that paying 1G sorcery and sacrificing a power 4 creature to draw four cards is already great, the bigger the creature the better. And that Momentous Fall and Greater Good allow for sacrife at instant speed and you can sac creatures that are already going to die due to some removal or board wipe. Sacrifice outlets are good anyway in any deck, I think most of my decks have High Market.

Once you have Master Biomancer in a deck, the natural flow of synergy takes you to token strategies. Master Biomancer, then Bloodspore Thrinax, then Cathars' Crusade then huge tokens that when die put counters on other creatures. You already have Ashnod's Altar which is also kinda leads to tokens mechanics. I don't mean you should change the theme of the deck to tokens, just that some token cards can synergize explosively.
Master Biomancer or any other card that puts counters on creatures entering battlefield + Animation Module means you can make as many tokens with counters as you want for 1 mana each. If you add your Ashnod's Altar to the mix, you get limitless colorless mana.

In my experience, Path of Discovery performs amazingly, but of course the more creatures you have entering the battlefield, the better. This Meren of Clan Nel Toth deck is quite refined and well made and it's whole strategy revolves around Path of Discovery: Meren's Path of Diescovery. The best part of the card is you can choose if you want to leave the nonland card on the top of the library, so if you are having several creatures entering the battlefield and you want counters on them, you can just keep showing the same card for all of them.

By the way, I remembered later these cards than can also be good in the deck Managorger Hydra, Scourge of Skola Vale and Juniper Order Ranger. If you had the Atraxa deck before making this one you may have a Kalonian Hydra hanging around.

Personally I'd go with around seven counterspells, that's what I have in my Simic aggro deck and feels about right.
I'd go with Counterspell, Negate, Disdainful Stroke, Swan Song, Stubborn Denial, Arcane Denial, Deprive, Familiar's Ruse. You want them low cost, but you want them to counter something for sure, they will most likely have some mana available after casting their spell. Keep in mind that sorceries are usually the most dangerous type of spell gainst permanents, most board wipes are sorceries.

Yasova is controlly with her stealing creatures all the time, you will be on the recieving end of the board wipes (at least figuring this on my meta). A bit of targeted removal for those creatures too big to control. Chandra's Ignition would be good, to clean the tokens, tho. Vandalblast for artifacts.

In my opinion you have more than enough sacrifice outlets and blinkers which have in fact the same job, not giving back the creatures you just borrowed. I think I'm counting about 17 all together.
I would cut:
Feed the Pack quite costly and you don't have much to do with all those wolves anyway. yes, you turn them sideways and they deal damage or you can sac them to goblin bombardment, but it's still way too expensive IMO, you need to keep your lands untapped.
Heart-Piercer Manticore and Fling. Again your problem are the creatures too big to steal with Yasova, and the burst of damage you get with them is not that relevant, you are controling the board, it's more important to preserve what you built.
Scourge of Skola Vale you gotta chose between keeping it as a sac outlet or attacking with it. you can only sac one creature per turn.
Ooze Garden I like the fact that it can trigger Temur Ascendency, but having to use it as a sorcery is a problem when you use Domineering Will or Reins of Power out of your turn, also you have to pay a bit of mana each time.
Keiga, the Tide Star I don't like having to kill it to gain control of something. It's better the way Conquering Manticore does it, take something, attack, sac it, keep manticore. Also doesn't combo with Deadeye Navigator or Conjurer's Closet. You have enough stealing creatures anyway.

Definitely keep Skullclamp, you are low on card draw and include the Greater Good you have in the maybe board, You need to dig through your library a lot to find the combo pieces.

Might want to get Arcane Lighthouse and Bonds of Mortality.