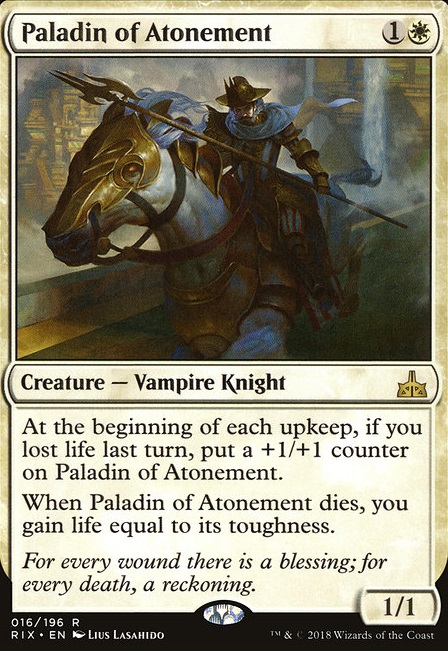 At the beginning of each upkeep, if you lost life last turn, put a +1/+1 counter on Paladin of Atonement.

When Paladin of Atonement dies, you gain life equal to its toughness.

It's Good to Be King
by GoldenAgeBatman

Markov for dingle
by Fumin823 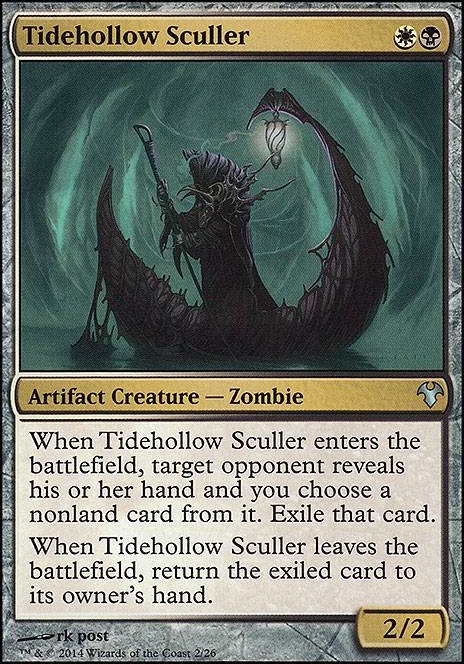 "And i gain life equal to its toughness"

I did some scryfall searches with conditions cmc<5, red,white,black, creature type knight in standard and here are some alternatives:

Some cards to think about; Paladin of Atonement , Together Forever , Matter Reshaper , Angelic Destiny , Arena Rector (You'd have to add at least one more PW for that one I think), Demon of Dark Schemes

You also don't have Path to Exile , was that on purpose? Vindicate might be good as well. Liliana of the Veil ? Liliana, Heretical Healer  Flip might actually be dope. That emblem would be nuts. Sorin, Solemn Visitor isn't terrible.