Whenever a player taps a nonbasic land for mana, Burning Earth deals 1 damage to that player.

Burning Earth occurrence in decks from the last year 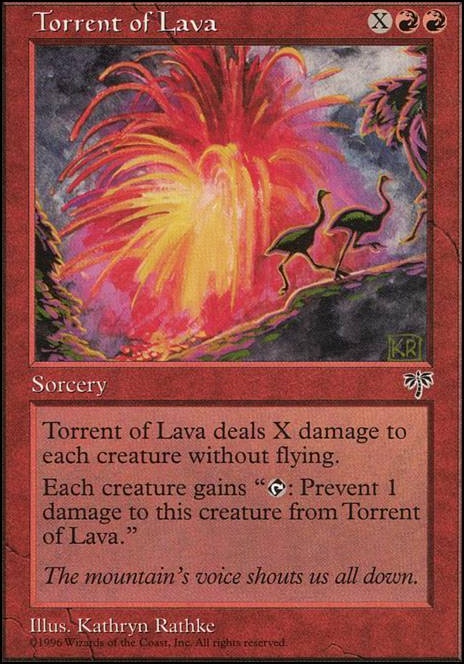 Wanna mess with your opponents and make them play cautiously? Add War's Toll , Manabarbs , and Burning Earth. I became Archenemy in a match with this combination. I had two people kill themselves to Risk Factor and Browbeat just to give the last player a shot to win.

Looks like a great build! Not that you have to change anything really, but if it were my deck I would make these swaps: