Search your library for a planeswalker card, reveal it, and put it into your hand. Then shuffle your library.

Call the Gatewatch occurrence in decks from the last year

The Deckwatch [Home Base]
by Daedalus19876 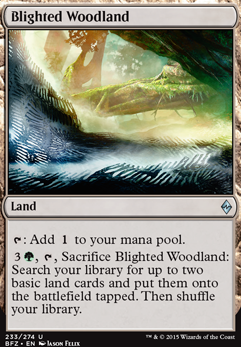 The two mana rocks are there so you could infinite off of tezzeret if they have 4 or more charge counters. 4 = the amount you need to use the chain veil, more than that is infinite mana.

Hmmm, personally I think you would be fine cutting Call the Gatewatch (you don't run that many PW's). You could also consider cutting the Vow's. I have always loved the idea of those cards but I have never seen them perform up to expectations.

I am also mildly curious. Based on your deck description, is everyone playing pillowfort?

I like Ignite the Beacon in decks that run fewer planeswalkers actually, in a deck like this the five drop slots are already too crowded for a tutor. I cut Call the Gatewatch for a similar reason and its stronger.

Also, you run Arena Rector, how about Flash to kickstart that?

BUMP! BUMP! B-(Ran over by a Bullet Train in Nippon.)

You probably are wondering what I want for this... Well, eat this:

I still need some alts for Aminatou, the Fateshifter + Felidar Guardian in the situation I don't have enough Blink/Flicker in play. Do you think Ashiok, Dream Render sucks as well? I can think of two Gideon's better than Gideon, Champion of Justice : Gideon of the Trials , & Gideon Blackblade . Do you think either is good; & if so, what would you recommend over Champion of Justice? I'd like to keep Crucible of Worlds for my Landbase (Cycle Duals, & Tap Fetches.); your opinion? Everyone hates Rowan Kenrith , & Daretti, Ingenious Iconoclast for their huge drawbacks. Should I keep Saheeli, Sublime Artificer for the fact she can do the former 2's ideas, but better? I have Sundial of the Infinite for EOT effects. Should this be cut as well? What other Walkers/Wraths to Add/Cut? What's better between Chromatic Lantern , & Prismatic Omen ? & is Jiang Yanggu, Wildcrafter good here? We also have Ajani, the Greathearted here to back him up. Flux Channeler , Evolution Sage , & Ignite the Beacon / Call the Gatewatch are all awesome here; but what are your thoughts? Also, maybe your help could be good here again, DrkNinja? I'm in one hell of a bind...