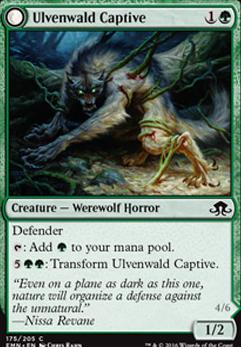 Ulvenwald Captive occurrence in decks from the last year

Based Commander Deck
by Sunkporpoise929