When Brago, King Eternal deals combat damage to a player, exile any number of target nonland permanents you control, then return those cards to the battlefield under their owner's control. Downshifted In Out In Out Shake It All About(v2.3)
by Robopig61 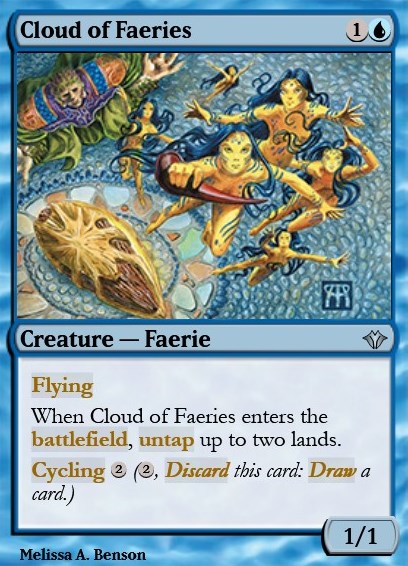 Into the Hands of an Old Man
by MystikSwordzManZ

Brago, King Eternal is absolutely hilarious in Reaper King decks, as long as you find blowing up permanents funny. Verging on anti-fun, but I love him with Krenko to churn out goblin tokens (I use less changelings and more ways to find Maskwood Nexus instead in my Reaper King deck).

He's a pain to get out, but if you can get Haakon, Stromgald Scourge out, he lets you recast your changelings, which is both great with Reaper King and with stuff like Scarecrone to draw some cards in a pinch. I find changelings are one of the least bulky tribes, so being able to recast them is usually helpful with Reaper King blowing stuff up.

I switched a Forest for The World Tree, very useful with changelings. I run it with Maskwood, but it's fine without it if you've got +10 changelings to bring out, using it should both put you ahead and put everyone else in the stone age, but it is a bit of an 'all my eggs in one basket' scenario.

I really like both cards but decided to choose Blinking and Flickering effects over bouncing effects in this build. Paradoxical Outcome is a great way to protect your board and gaining card advantage but i decided to add Cosmic Intervention over it because it returns the cards back to the field. Evacuation use to be in the deck but i wanted more cards to allow Brago, King Eternal to get through so i added Spectral Deluge instead because its one sided.

Some options for flicker effects on Niv you could add include Deadeye Navigator, Thassa, Deep-Dwelling, Ephemerate. If nothing else, I would DEFINITELY add Brago, King Eternal. You can flicker your mana rocks and planeswalkers that you minus once per turn, which will allow you to pop off with multiple activations, even better if you get out your Doubling Season.

Hey folks, I have just finished tuning up my budget Brago, King Eternal decklist but I am in a bit of a conundrum. Brago is a powerful value engine, so I know sometimes he can get hated off the table, which is why I like the token-themed deck that I based my decklist on since it is a bit lower caliber.

The deck can feel clunky sometimes so I don't know how well it will perform in my playgroup over the long haul. However, I have managed to pull out some wins with the deck, so I am not sure if this fear of mine is well-founded.

I know that assigning a number to a deck doesn't mean much for power level, but if y'all could give me your initial impression of the deck that would be immensely helpful.