Nothing lasts forever, and sometimes you have to lose your favorite toy to appreciate all the others you still have. Generating infinite mana is now the primary focus for MacGyver, so additions like Muddle the Mixture

all assist in making that a consistent possibility. Isochron Scepter

are still available at the right moment, but sometimes that means the episode will last a little longer than season's past.

He's Turning The Simple Into The Dynamic

Don't let the gray beard and glasses fool you...MacGyver has aged well, and is still just as adept at turning random junk into a rube-goldberg machine that wrecks face as he ever was. He's pretty quick too - turn five is pretty much a certainty, so make sure he's well stocked with a shoelace, duct tape and a Mr. Coffee, and he'll show you how to generate sustainable cold fusion. 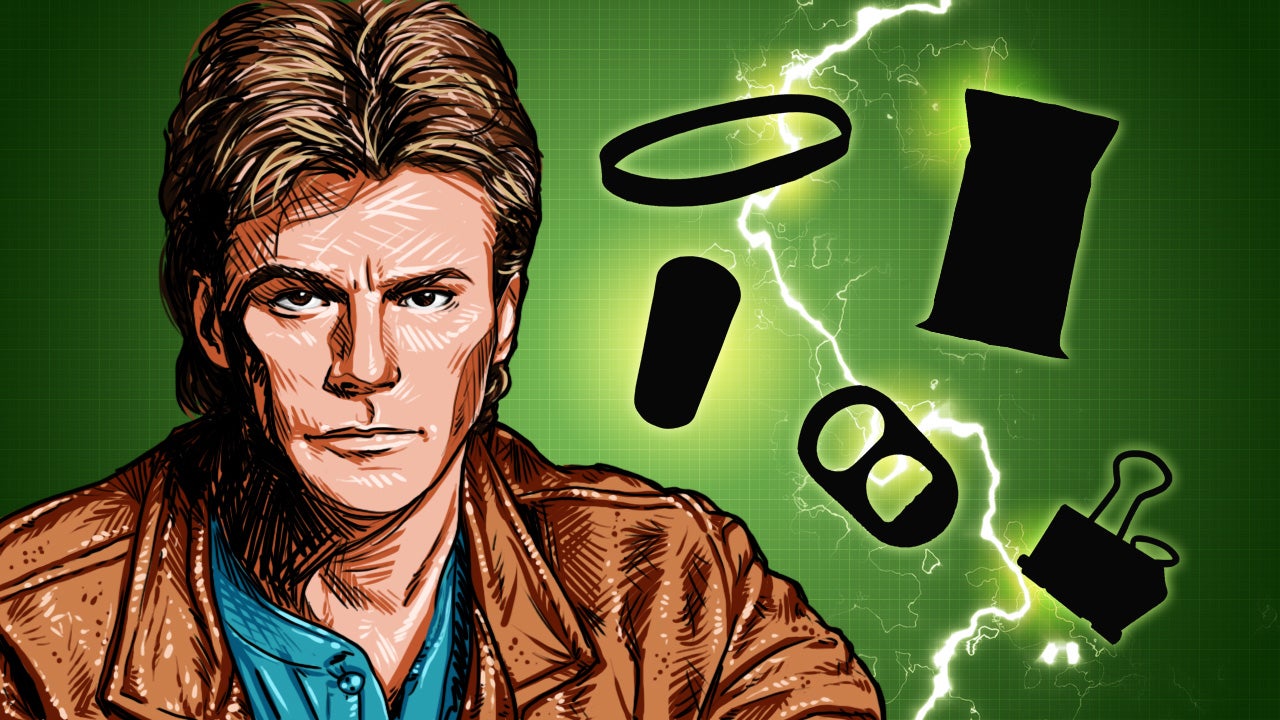 Did Someone Order The Combo?

Although MacGyver (AKA Arcum Dagsson

) appears to be the star of the show, it's really his swiss army knife known as Paradox Engine

that spits in the face of danger. That said, it's not the 80's anymore, so all of your opponents will be gunning for it, so Isochron Scepter

is included as a safety net - let's hope it's not needed. Chances are the Engine will be your first target via Arcum's activated ability, but if you're facing potential artifact removal, especially via red, green and/or white decks, you may want to start with another option to test the waters.

Before any of that, though, you're going to want to develop the plot of this episode, so start dropping as many trinkets, baubles and tinker-toys onto the board as you possibly can during the first two turns. Being able to produce somewhere between 5 and 10 mana on turn three is pretty typical, so set the scene and let the drama begin.

Once MacGyver hits the board, the clock starts ticking - your enemy has locked you in that old dusty warehouse, and it's wired to blow in just a few minutes, so it's time to put that old Seiko watch to good use and build some cool shit. While the deck has plenty of quick answers to opponents threats, MacGyver has always been a 30-minute episode (with commercials), so cut the durdling and handle your business. The longer the game goes, the more likely you're at the bottom of a smoldering pile of warehouse chunks at the end.

hits the board, with likely infinite mana and Aetherflux Reservoir

as the primary targets. If you want to get really spicy on this specific episode, looping Capsize

and clearing your opponents' entire board will get a quick chorus of scoops and groans as well.

Because the deck generates so much mana so quickly, the current 72/28 spell to land ratio might still be just slightly too much, as after four lands hit the board, any additional land is pretty much a dead draw. An additional cheap sort/draw spell might be needed to replace another land as the deck is further tested. There's nothing worse than dropping Staff of Domination

and burning your not-yet infinite mana to draw a land and stall your combo chances.

I've enjoyed this deck so much I decided to renew it with a larger budget, so I'm working to make it as shiny as possible for future episodes. If you're interested in becoming a MacGyver team member, give it a shot and see what you think. I hope you enjoyed the deck as well as the 80's flavor. Thanks for looking.

1x Whispers of the Muse