Whenever an instant or sorcery spell is cast during your turn, Sentinel Tower deals damage to target creature, player or planeswalker equal to 1 plus the number of instant and sorcery spells cast before that spell this turn.

Sentinel Tower occurrence in decks from the last year 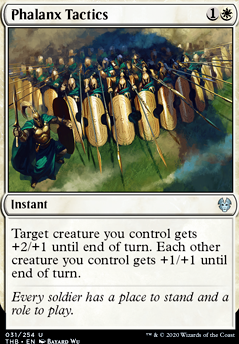 Elsha of the Infinite
by Deathrx 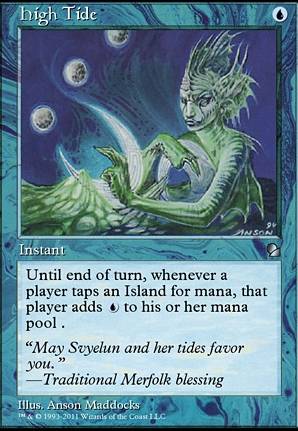 jakeyuki12 Hello! Thank you for your feedback and suggestion.

Okay, for the number of lands. I once ran 35 lands, and I felt like I drew too many lands from the cantrips that targeted my creatures. I almost flooded all time and then I reduce it to 33, and still I drew too many lands. That's why I made it to 32. Yes this deck is a bit mana-hungry because you wanted to play your spells in each of opponent turn, but for now I feel okay with 32 because I always get at least a land from the extra draw I get from playing cantrips, and with the 2-mana rocks I can stabilize my board. I also put Wayfarer's Bauble in my deck so it feels okay for me. And before play, I always keep a minimum 3-land hand so at least I can cast my commander.

For mana rocks, of course I want to run at least 2 more like Arcane Signet and Coldsteel Heart but I don't have it yet, I'm waiting for the reprint of Arcane Signet (considering a lot of commander products this year).

My deck is basically killing people with commander damage, buffing it and keeping it alive. But sometimes, if I get lucky hand I could kill people with Aetherflux Reservoir storm, Aria of Flame storm, or Sentinel Tower storm, but it is a rare event. My deck is running pretty okay since the playgroup is not a cEDH and more casual, so I'm happy with this deck right now.

Sentinel Tower deals damage equal to 1 plus the number of instant and sorcery spells cast before that spell this turn. It doesn't even care who cast them, but the effect checks specifically for spells cast before the spell that triggered it, as opposed to just the number of spells you've cast this turn. So specifically, it's the "before that spell" wording that causes it to not stack that way.

Okay, so I believe Sentinel Tower is different than Aetherflux Reservoir in the idea that spells can be stacked with AR but not ST. (They can be stacked but not the same effect)

AR would net 9 life But ST would zap 9 damage, right?

Been thinking about brewing this myself. How about Bonus Round , Sentinel Tower , Brainstorm , Treasure Cruise ? Also, Mycosynth Lattice means any cantrip (U or R) works with Kykar