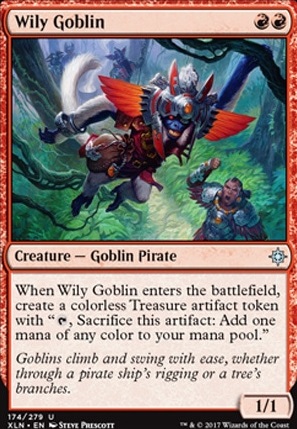 When Wily Goblin enters the battlefield, create a colorless Treasure artifact token with ", Sacrifice this artifact: Add one mana of any color to your mana pool."

Wily Goblin occurrence in decks from the last year

Feldon of the Jank Path
by AceTrace 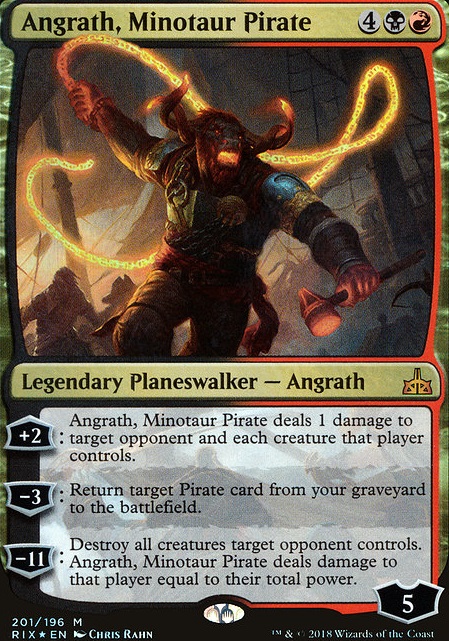 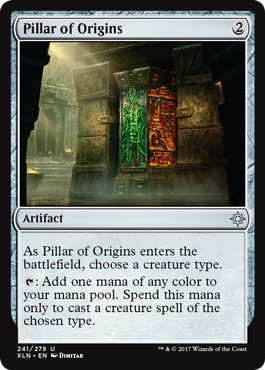 After over the exact amount of time a Colonial Era Ship take to make a delivery to the 13 Colonies later, (At least 2 Months; we've let this die for way more.) I now have some truly serious questions worth asking:

&... That's all I got. For now. I just wonder if my questions are worth an answer (Or 5.)â¦ I'll try to work on this, but I might need actual help from the cEDH Community that does care for Boros as an identity. Thanks for any help from a true cEDH player. ;)

@enpc: The original version of my cEDH Boros Deck has been outlived, & outclassed by more recent decklists. I actually have since been trying to reinvent what Boros shouldn't normally do. I mean, Grindstone + Painter's Servant is in my current hodgepodge of a list, & I've been trying to find a way to reuse Instants & Sorceries w/o Feather, the Redeemed (Why can't I do the same for my other creatures?!). Tier 3 for her, yes. But, when one of your best strategems include Kiki-Jiki, Mirror Breaker , & Village Bell-Ringer , & trying to get as close to 2.00 Deck CMC as possible, I actually want to use Gerrard, Weatherlight Hero as my CMDR; but as everyone seems to keep saying "You can do one, but not the other" (This is about the Command Zone.), I ultimately question why he is made so you can retrieve your "After-Wrath" victims, but keep Gerrard in exile no matter what. I'm actually thinking of removing Rest in Peace for this. Bad idea, yes, but how else can I get my stuff back?

If you're following me; & trust me, you're struggling on that; I didn't want my latest version of cEDH Boros to be solely Stax/Prison, or even Voltron (GoLion is a much better JP Name Origin anyway.); I actually want to do more also; but one question eludes those I ask away from me: How good is Eldrazi Displacer here? Dockside Extortionist is amazing; far better than even Wily Goblin ; most decks usually don't rely on noncommander creatures that much anyway. Even if not so, there is still a good chance you're getting some booty (N-no! Not THAT booty! Legitimate treasure!) even if one.

So, enpc, I apologize for this comment for various reasons; but it's about the situation of my cEDH Boros deck anyway. But let's get back on topic on what needs cutting & what needs to stay; Partner Naya Equip Matters Voltron (GoLion. What's wrong w/ having that name localized? You'd still get away w/ it anyway...) will be cut by me. Then I'll begin, well... I wish I could say it; let's just say it is a parody of a f- "IT'S MORPHIN' TIME"; except, it's not Power Rangers. One reason against me to have my chain severed. Can you name any others? I'd say the same thing too: "I failed."

I'd like to ask someone about how to beat the best of cEDH-Type Tier 3 & more; but nobody is telling me the best of each Tier; Tier 1 needs no question, but tiers 2 & 3 (The Latter has Feather, the Redeemed .) are another story... I really want to build my way up... I'd ask those of that tierlist, but they probably just want Decklists anyway, & no discussion of otherwise...