+1: Exile the top card of your library. You may cast that card. If you don't, Chandra, Torch of Defiance deals 2 damage to each opponent.

-7: You get an emblem with "Whenever you cast a spell, this emblem deals 5 damage to target creature, player or planeswalker."

Chandra, Torch of Defiance occurrence in decks from the last year

Up in Smoke
by GoodGolly 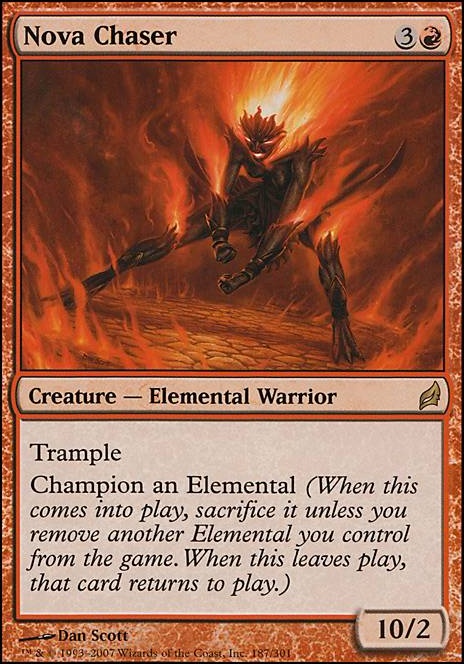 Would it be better to play more Sarkhan, Fireblood instead of adding in Chandra, Torch of Defiance?

may i suggest a 3 Gadrak, the Crown-Scourge, 4 Mind Stone, 3 Draconic Roar package? (gadrak is definitely better that dragon egg)

Chandra, Torch of Defiance is also at a all time low and may be worth looking at (spell book version sitting at same price as sarkan)