At the beginning of each upkeep, create a 3/3 blue Serpent creature token named Koma's Coil.

Sacrifice another Serpent: Choose one â 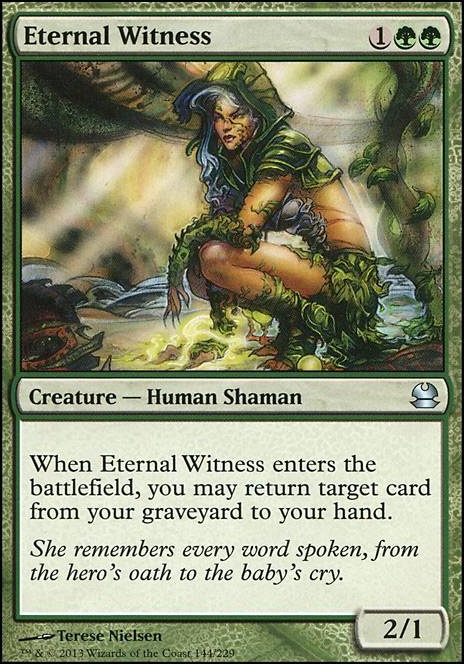 seshiro_of_the_orochi on Adopt a pet

I've been considering building Sidisi, Brood Tyrant with Gyruda, Doom of Depths as a seamonster tribal for like a year now. No Koma, Cosmos Serpent there, unfortunately.

Avenger of Zendikar Tireless Tracker Tireless Provisioner Koma, Cosmos Serpent are awesome cards I would recommend in this new deck of yours.

some other cards you might like are Aesi, Tyrant of Gyre Strait, Arixmethes, Slumbering Isle, Koma, Cosmos Serpent, Serpent of Yawning Depths, Spawning Kraken, and last but not least The Reality Chip

It's not a perfect system, like many WotC uses, but it's a rule of thumb, and as that, it works well enough. Basically you start at P+T=2xMV.Depending on the colour(s) of the card, it should be below or above that rate (as you said, blue creatures tend to be lower, whereas green creatures tend to be above). Good abilities decrease the stats from there (Koma, Cosmos Serpent), drawbacks or restrictions increase them (Lupine Prototype), as well as colour-heavy casting cost (Gigantosaurus).

Starting at around MV7, you can go above the rate easier, as 7+ creatures need to be bonkers good so it's worth curving out to them or cheating them in.

Gameplay-wise, your shark seems fine as a 3/4, but from a flavour-perspective, it seems weak for such an obviously infamous and ancient predator. That plus the in it's cost makes me think it would be fine as a 5/4. 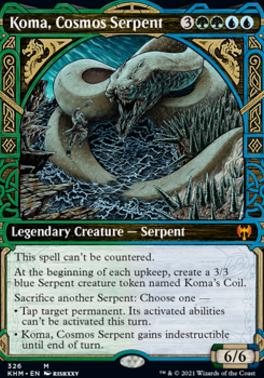